Omara of Cuba at the National Theater 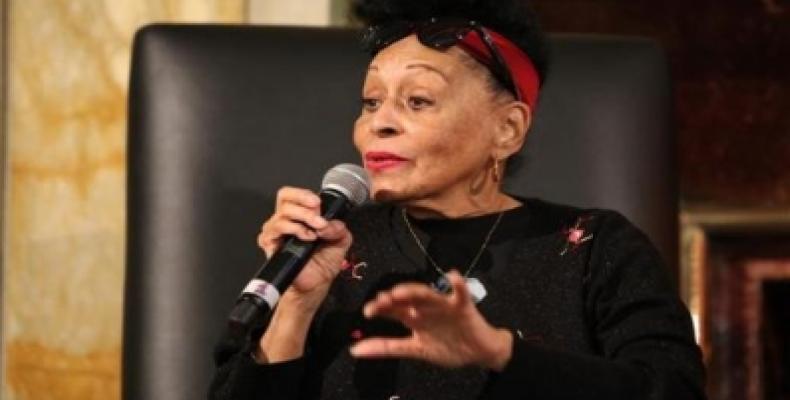 The so called Diva of the Buena Vista Social Club, renowned Cuban singer, Omara Portuondo, is giving a concert on Sunday at Havana’s National Theater.

Titled Omara of Cuba, the concert’s repertoire includes pieces, such as Siboney by Ernesto Lecuona, and the “guajira-son” La Sitiera by Rafael Felo López, one of the favorite tunes in the album Buena Vista Social Club presents Omara Portuondo. For her part, Luna Manzanares will sing with Portuondo the “bolero” Alma mía” by Mexican composer, María Greever, in a string orchestra version by young Cuban pianist and composer, Alejandro Falcón.

Dedicated to the 57th Anniversary of the Cuban Revolution and the New Year, the performance was originally scheduled for Havana’s Saint Francis of Assisi Square on January 3rd, but was called off for bad weather and postponed for Sunday at the National Theater.

In 2016 Omara Portuondo will take a tour of Europe to celebrate her 85th birthday. Accompanying the diva will be Diego El Cigala, important flamenco singer whom she met for the first time in 2015 at the Hollywood Bowl as part of the Buena Vista Social Club’s American tour.