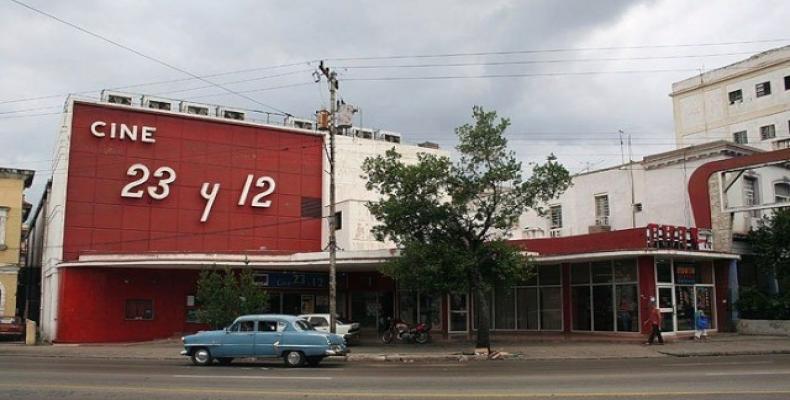 Havana, November 18 (RHC) -- Good films from Scotland will be screened in the Cuban capital in November and December. The Scottish Film Sample of the Havana Glasgow Film Festival will be on the screen of the refurbished 23 y 12 movie’s theater, headquarters of the Cuban Film Archives.

Beginning at 5 pm with an ICAIC Latin American News Reel, the cultural gathering and film screenings will take place from November 29 to December 1. The first day of screenings movie fans will be able to enjoy a Scottich-Chilean documentary called ‘No Pasarán’ (They will not pass) from 2018, directed by Felipe Bustos Sierra, which tells the story of protests of the Rolls Royce factory workers to face the military coup in Chile in 1973.

The movie ‘Trainspotting’ by award-winning Director Dany Boyle can be seen on November 30. Boyle premiered the film in 1996, in which the terrible effects of drug use were first presented. With a luxury cast made up of the well-known Ewan Mc Gregor and Kevin Mc Kidd, Mc Gregor won the award for best British actor of the year, while the film won the BAFTA prize and an Oscar nomination for his excellently adapted screenplay.

On December 1 ‘Trainspotting II. Life in the abyss’ will be screened. Boyle himself directed this sequel with the same cast 20 years later, but his alienated characters are now thrown into the dark world of pornography.