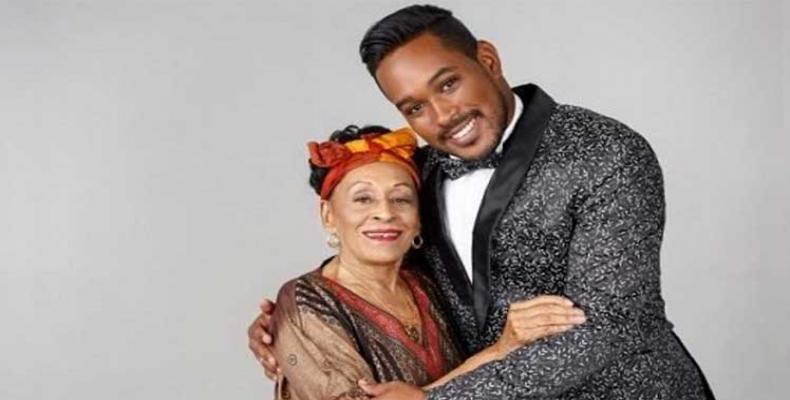 Havana, March 27 (RHC) -- The Diva of the Buena Vista Social Club, Omara Portuondo, offered on Friday an online concert with flutist Ethiel Faílde to support Cuba’s struggle against and efforts to control Covid-19.

The concert was broadcast on the TV channel Clave, Radio Progreso, the YouTube Channel of the Cuban Culture Ministry and through a link with one hundred Facebook pages, thanks to the joint work of the aforementioned Cuban entity, the island’s Music Institute as well as its radio and TV counterpart.

The initiative began this week on various digital platforms with concerts by singers and composers Eduardo Sosa, Marta Campos and Diego Gutiérrez. The online recital of the first of these singers was seen in 45 countries and the views reached more than five thousand five hundred. The above-mentioned institutions support the online broadcasts of artists from their homes and cultural centers aimed at supporting the measures taken by the Cuban government to protect Cubans from the novel coronavirus.

Many performers and cultural promoters have joined the effort that began in the Caribbean nation with an initiative by musician David Blanco to share a concert from his living room on Facebook Live, the digital platform Tumturuntu Pa’Tu Casa and the YouTube channel Litle Cube Time. The so-called ‘novia’ del ‘filin’ is one of the most successful and beloved singers in Cuba, with thirty albums and a career in which she has recorded with the most renowned Cuban and foreign singers, performers and musicians.