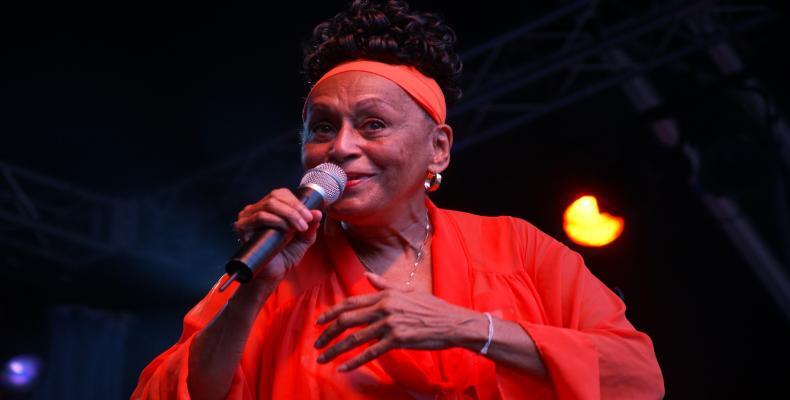 Havana, March 21 (RHC) -- For this Saturday at 3pm, Cuba time, a mini-concert by Omara Portuondo and the Failde Orchestra has been announced. The concert will take place from the very house of the popular Cuban singer. The initiative can be followed on the two performers' Facebook pages.

#QuédateEnCasa (#StayHome) is one of the most frequently used hatch tags these days in the social media. Many performers have decided to offer their art online, in most cases from their own home, to send a message of encouragement in the midst of the coronavirus pandemic. In addition to musicians, theater artists, libraries, museums, concert halls and galleries have joined the initiative.

In the particular case of the Failde Orchestra, as announced since last Monday on the social media, the idea is to organize several concerts with live radio broadcasts, taking into account that, though many Cubans already have internet access, it doesn’t reach everybody yet. Therefore, they will take advantage of the benefits of radio (so effective in the event of disasters) that has an almost one-century-old history in our country.

On Sunday 22 at 3pm from the Radio 26 studio in Matanzas and at the Disco Atenas radio show, the first of those concerts will take place, which will be broadcast on the usual frequencies of the local radio station (97.3 FM and 104.3 AM and by real audio on the Internet through the www.radio26.cu website and through the Facebook page of the Failde Orchestra.

This initiative is expected to be repeated on national radio next week.