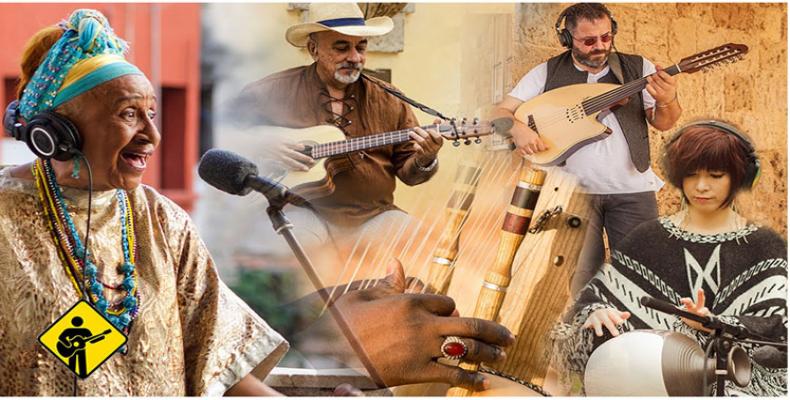 Washington, April 18 (RHC) -- The Playing for Change project released a new version of 'Chan Chan', one of the best-known Cuban songs internationally, in which talented artists from different parts of the world unite.

The iconic Cuban ‘son’ composed by Compay Segundo and made popular on and off the island by the legendary Buena Vista Social Club is the new proposal of the movement established in 2002 by US producers Mark Johnson and Whitney Kroenke 'to inspire and connect the world through music ', as read on the initiative's website.

Cubans like ‘tres’ player Pancho Amat, pianist Roberto Carcassés and singer Teté García Caturla, along with a dozen other artists from the island nation and from other countries, such as the United States, Japan, Lebanon, Mali and Brazil, appear in the music video that began to be filmed on Johnson's trip to the island in 2015. This is not the first time that Playing for Change includes a Cuban tune among its popular proposals, since in 2014 it released a version of another essential work of the island's music scene and history, Guantanamera, with more than 70 artists from the country based in different places of the world.

Johnson explained that that previous work gave him a much deeper understanding of the incredible music and culture that comes from Cuba. "And so 'Chan Chan' was really an extension of that experience." Thus they decided to unite the Cuban ‘tres’ with the lute from the Middle East and a ‘kora’ from West Africa, among others. "The combination of all these different elements helps take the song to another level, and it introduces all these different instruments and shows the world how well they work together," he said.

Titled ‘Chan Chan, a gift from Cuba to the world’, the producer invites viewers and listeners to hear "how well Cuba, the United States and the Middle East get along when the music plays." The piece is available on the Playing for a Change website and on its Youtube channel.