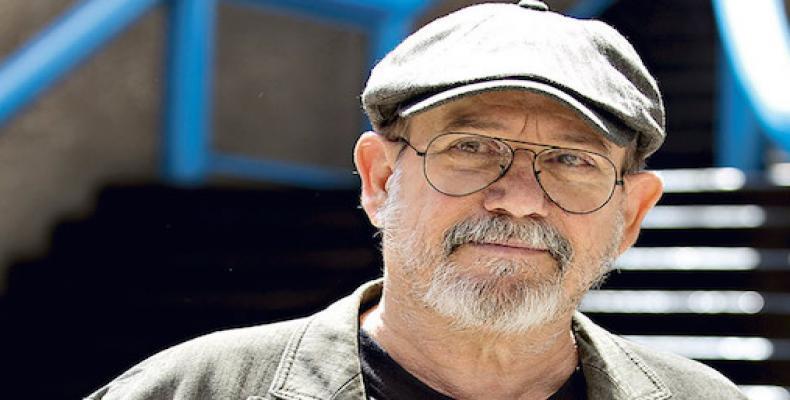 Havana, May 29 (RHC) -- Silvio releases a new album, Para la espera, in the midst of a pandemic that has largely stopped the world’s usual dynamics. The new work will be launched on June 12 on the main social media.

It is the twentieth studio album in his long musical career, dedicated to various recently deceased friends, such as Spain’s Luis Eduardo Aute, Chile’s Luis Sepúlveda and Argentina’s Marcos Mundstock, to whom he was unable to bid farewell due to the restrictions generated by COVID-19.

Silvio Rodríguez or Silvio, as he is known by everyone, occupies a place on the summit of the most revered artists in Latin America, that podium to which every musician aspires and only a tiny minority of chosen ones reaches. Throughout his career he has composed various songs, such as ‘Ojalá’ or ‘El Necio’ that, throughout the years, have become like hymns. No one like him has sung the Revolution so much and better. He is a founding member of the so called ‘New Song Movement’ that changed the Cuban musical scene in the early days of the Revolution.

In an interview with Cubadebate and speaking about the world’s and Cuba’s current situation, Rodríguez said that the island nation and in general the countries with strong states have shown that they are more prepared for an event like this pandemic than the world called liberal. This has sparked a certain suspicion, for me a fascist one, of comparing the discipline imposed by these circumstances with the loss of liberties. It is clear that none of these ideologues is contacting people hand in hand on the street. Recovery will cost us work, especially due to the stepped-up blockade. And I think, he said, that this commits us to mixing up our economic practices, something that had been foreseen in Cuba for years and that an excess of caution has been postponing.