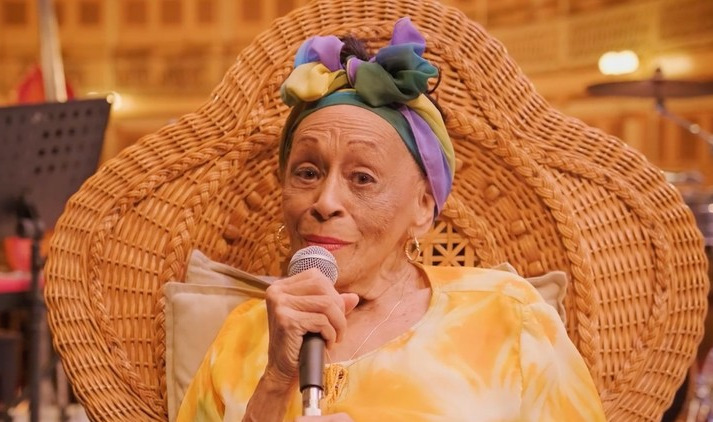 Havana. February 3 (RHC)-- Singer Omara Portuondo -- the Diva of Buena Vista Social Club-- stressed that her beloved nation continues ahead, moving forward toward implementing much-needed changes while protecting its population, which has been a constant of the Revolution.

In an interview with the Argentinian news outlet Página 12, Omara said: ‘We (Cubans) are a strong, brave, honorable people, who deserve all the best.’

Omara recalled the first years of the Revolution. She stressed that those were times of profound changes in every aspect of Cuban society toward improving people’s lives. She pointed to great achievements in education, healthcare, culture, sciences, social justice, gender equality.

The renowned Cuban singer took the opportunity to commend the work being developed by Cuban scientists and health professionals and their role in the global fight against the Covid-19 pandemic, for which politicians, parliamentarians, and other renowned personalities, the world over, have joined an international campaign asking the Nobel Committee to grant a Nobel Prize to Cuba’s Henry Reeve Medical Brigade.

Omara Portundo also spoke about a new album that she is preparing on the occasion of her 90th birthday, with production by Guatemalan Gabi Moreno. Invited artists include the Failde orchestra, among others.

She further spoke about a documentary, currently in the making, on her artistic life and stressed that as soon as the epidemiological