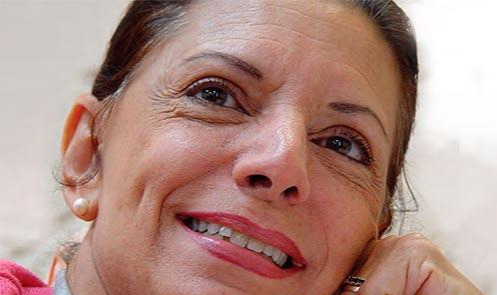 Dancer Josefina Mendez, regarded as one of the 'Four Jewels of Cuban Ballet' along with Loipa Araújo, Aurora Bosch and Mirta Plá

Havana, March 8 (RHC)-- The Cuban Ministry of Culture dedicates activities on International Women’s Day to dancer, the late Josefina Méndez. Had Josefina lived, she who would have turned 80 this March 8th.

Josefina Méndez is considered one of the "Four jewels of Cuban ballet”, along with Loipa Araújo, Aurora Bosch and Mirta Plá.

Born in Havana in 1941, Josefina Méndez joined the Ballet Nacional de Cuba in 1955, debuting on March 27 of that same year in Swan Lake in a man's role because the company was experiencing a shortage of men at that time. She left for the US within a couple of years and joined the troupe of the Greek Theatre in Los Angeles, California, before touring with Ballet Celeste, and returning to Cuba in 1959.

By 1962, she was the Ballet Nacional de Cuba's principal dancer. In the same year, she received the title of Profesora Fundadora at the National Art Schools, serving as professor of ballet for several years. She medaled at the Varna International Ballet Competition twice, first in 1964 (bronze) and then again, in 1965 (silver).

After retiring from dancing in 1996, she continued as the company's ballet mistress.

In 2003, she was awarded the National Prize for Dance, with Araujo, Bosh and Pla.

With this homage to dancer Josefina Mendez on occasion of International Women’s Day the Cuban Ministry of Culture praises her condition as a Cuban woman and concerned citizen, committed to her country’s culture and revolutionary history.