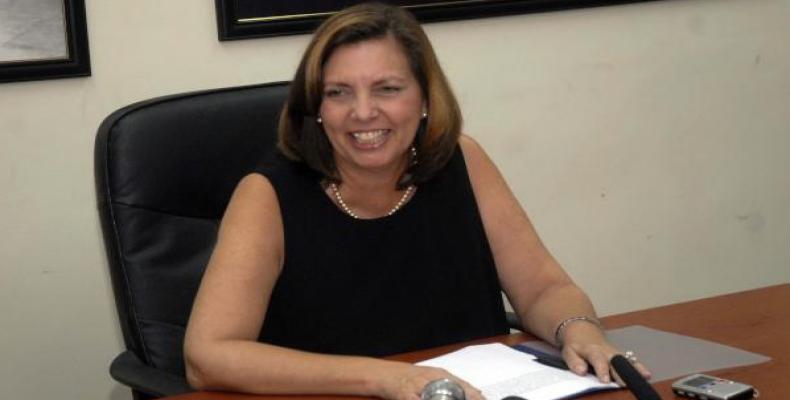 New York, May 30 (RHC-ACN)-- Josefina Vidal, Director General for the United States at the Cuban Foreign Ministry, was decorated with the Award of the Latin American Studies Association (LASA), in recognition of her personal contribution to the new scenario of relations between Cuba and the United States. The ceremony took place over the weekend, in the framework of the organization's 34th Congress in New York.

Vidal said she was receiving the LASA award on behalf of the Cuban people and their leaders, who, she said: “have managed to lead, with intelligence and in an accurate way, the process of dialogue with Cuba's powerful neighbor to the north.”

Addressing the LASA Congress, the Cuban diplomat reviewed both the main achievements and challenges thus far in the new U.S.-Cuba scenario. She reiterated Cuba's willingness to advance towards fully normalized relations with the United States, something that she said requires changes like the lifting of the U.S. blockade, the return of the portion of Cuban territory illegally occupied by the U.S. Naval Base at Guantánamo and an end to Washington's interference in Cuban internal affairs.

As with all the previous such gatherings, the Cuba issue featured prominently in the debates of the 34th LASA Congress. Participants also discussed the current Latin American political, social and economic situation, regional integration, sustainable development, poverty, identity, sovereignty, impact of neo-liberal policies and relations with the United States.

This year's LASA Congress, which concluded on Monday, had the record attendance of 250 scholars and academics from Cuba. Organizers lamented though that U.S. authorities denied entry visas to some 50 Cuban experts, who had been invited to participate as well.