Abel Prieto: No cultural blackouts in Cuba in 2021 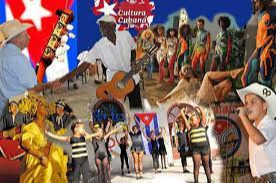 Addressing the 8th Ordinary Session of the National Assembly of People's Power, Prieto, who is also a deputy to the Cuban Parliament, denounced the US government and its continued attempts to create a fifth column –a group of mercenaries to serve its hegemonic interests inside Cuba.

‘They tried hard to divide us and turn young Cuban artists and intellectuals against our institutions,’ said Abel Prieto and stressed that Cuba enemies have failed once again.

Contrary to this, as has been fully demonstrated over the past nearly two years of Covid-19, in a socialist society like Cuba’s the role of culture is to enrich people’s lives, by improving learning and health, promoting and enhancing high values and better understanding among individuals and communities.

Abel Prieto recalled that the cultural and creative industries have been among the hardest hit sectors by COVID-19. The livelihoods of artists and cultural workers have been profoundly affected by lockdowns and physical distancing measures, exacerbating their already precarious conditions.

In Cuba, he stressed, the situation is quite different:

‘In Cuba, the artistic sector has had the full support of our institutions with funds provided by the State Budget. The Ministry of Culture, the National Association of Writers and Artists, the Hermanos Saiz Association of Young Artists –they all did their very best, in coordination with the Radio and Television Institute to prevent any cultural blackouts. There were no cultural blackouts in our country in 2021.

‘Our artists have performed online concerts and participated in several events that were streamed on digital platforms, social networks and broadcast on radio and television. Our people had the chance to enjoy also stage plays and dance shows.

‘Just as leader Fidel Castro taught us, we defended culture through this terrible, difficult year. Despite all the difficulties, we’re convinced that we will come out victorious.

‘The idea that under socialism culture enhances people’s quality of life, an idea promoted by our Commander in Chief, has guided the work of our cultural authorities and the organizations of creators, and that of our political and government leaders.’