UNESCO willing to help Cuba in recovery after fire 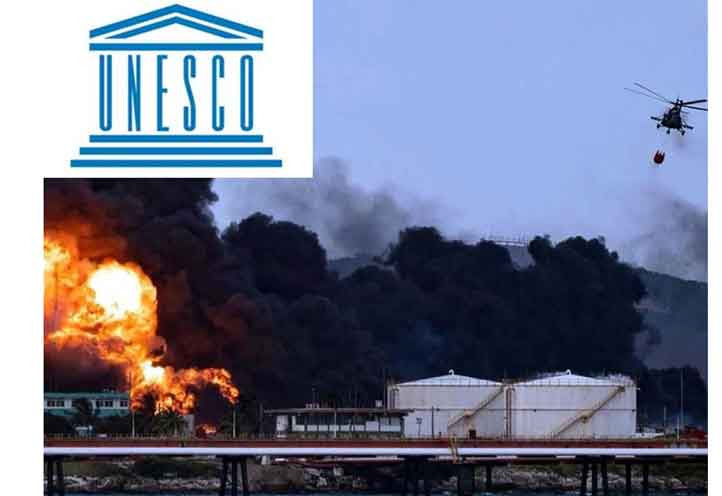 Paris, August 10 (RHC)-- The United Nations Educational, Scientific and Cultural Organization (UNESCO) expressed its willingness to support Cuba in the recovery process after the fire that affected Matanzas.

In a message from the Secretariat regarding the serious accident that occurred on Friday at the Supertanker Base in the western province, the multilateral body said that through its office in Havana and its headquarters in Paris it is available to participate in the recovery, within the framework of its mandates.

The organization expressed solidarity with the country in the text addressed to the Permanent Delegation of the island, as well as consternation for the human and material damages caused since Friday by the flames.

The gigantic fire was triggered by the impact of an electrical discharge in one of the fuel storage tanks in the industrial zone of Matanzas, where one person is reported dead, more than 120 people have been treated for various injuries, 14 are missing and thousands have been evacuated.

The UNESCO office in Havana also conveyed to the authorities of the largest of the Antilles its solidarity and sorrow for what happened.

Cuba's ambassador to the organization, Yahima Esquivel, expressed her gratitude for the messages of support received.

Esquivel stressed that there are numerous signs of encouragement and solidarity transmitted in this capital by missions from different continents.