Meñique: a Hit in Cuban Movie Theaters in the Summer 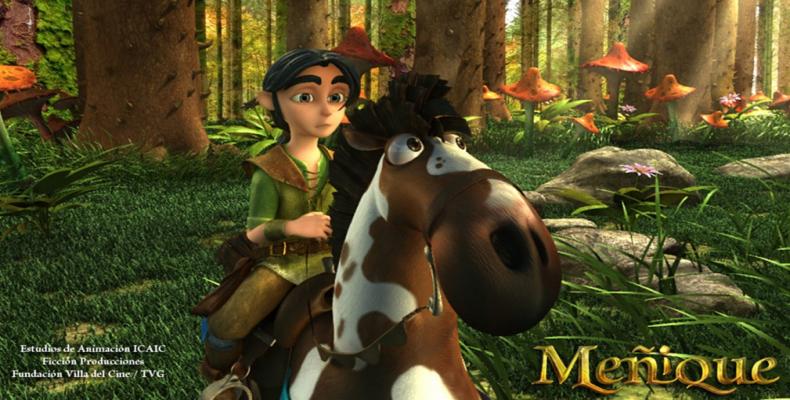 The 3D animated film Meñique, premiered by the Cuban Film Institute –ICAIC- this summer, has been a hit in July and August all over the island.

So, the Cuban cartoon scenario doesn’t have the Cuban mambí Elpidio Valdés as its only hero, he is now joined by Meñique (Poucinet), the protagonist of the most recent long feature animated movie co-produced by  ICAIC and a production company from Galicia, Spain. Directed by Ernesto Padrón, it took six years for the animators and ICAIC’s human resources to release a certainly competitive and fascinating product, evidence of which is that it’s been a ticket box hit in July and August. Meñique is based on the same short story adapted by Cuban National Hero José Martí for the children’s magazine La Edad de Oro, the Golden Age, published by the Cuban intellectual in New Year in the late 19th century.

The mixture of a legendary medieval and Cuban atmosphere, Cuban rhythms and Taino names, that is to say, a medieval and Cuban idiosyncratic mythology is one of the cartoon’s best successes. The music is by Cuban singer-song writer Silvio Rodríguez, and the best voices of the island’s music scene were called to dub the main characters songs, such as Anabel López, Miriam Ramos and Ernesto Joel Espinoza. Also important Cuban actors and actresses were called to dub the main characters’ voices, such as maestra Corina Mestre as the witch, Carlos Ruiz de la Tejera, Osvaldo Doimeadiós and Manuel Marín. Meñique is secular and contemporary, a combination of old and new tendencies, of national and universal culture.