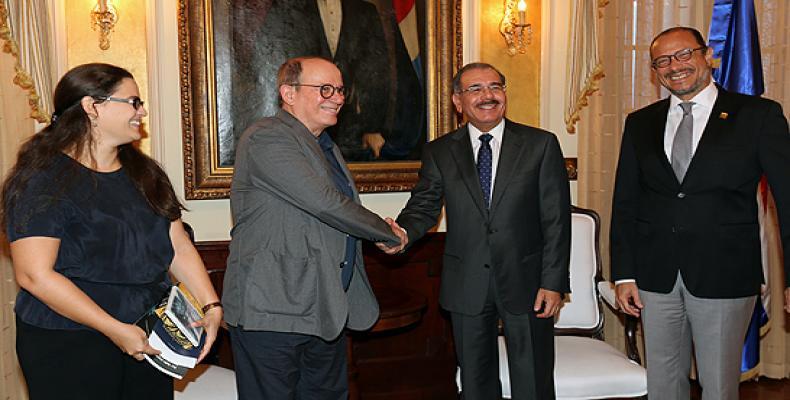 The President of the Dominican Republic, Danilo Medina, received Cuban singer-songwriter Silvio Rodriguez in his office.

Along with the renowned Cuban performer were his wife, Niurka Gonzalez, and Dominican Culture Minister, Jose Antonio Rodriguez. In a friendly atmosphere, Medina and the world known singer-songwriter spoke about the historical and cultural relations of the Dominican Republic and Cuba.

Silvio Rodriguez is in the Caribbean country to participate in the opening of activities to celebrate the 250th anniversary of the establishment of the city of Bani, where Rodriguez is giving a free concert on October 25. The concert is also featuring Dominican Maridalia Hernandez as Silvio's counterpart in the performance.Bani is the birthplace of Cuban-Dominican hero, Máximo Gómez, who fought in the three Cuban independence wars against Spanish colonial rule in the 19th century.