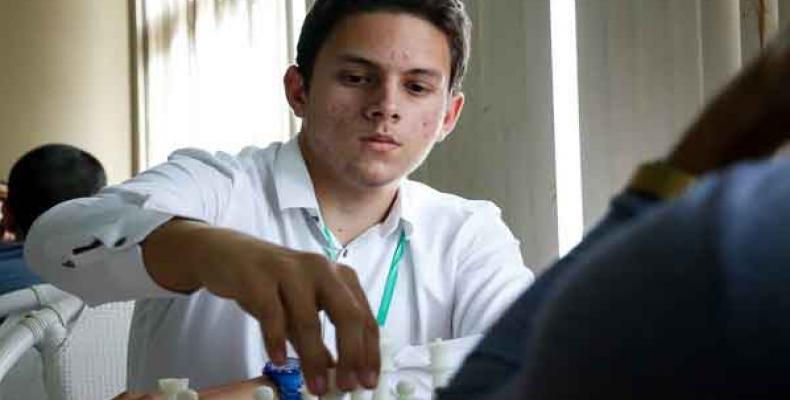 After three consecutive draws, the youngCuban player, second in the national ranking with 2587 points of Elo, won with white pieces to the teenager Horvach (2415) to reach 2.5 accumulated units that place him fourth in the tournament´s standings.

On this date, the Swiss GM Noel Studder continued with his impressive performance and added his fourth victory in the same number of games to win with black against his countryman, IM Oliver Kurmann.

This Sunday, the fifth round of the contest will be played and the Cuban chess champion will seek his second triumph by taking dark figures against the German IM Luis Engel (2480).