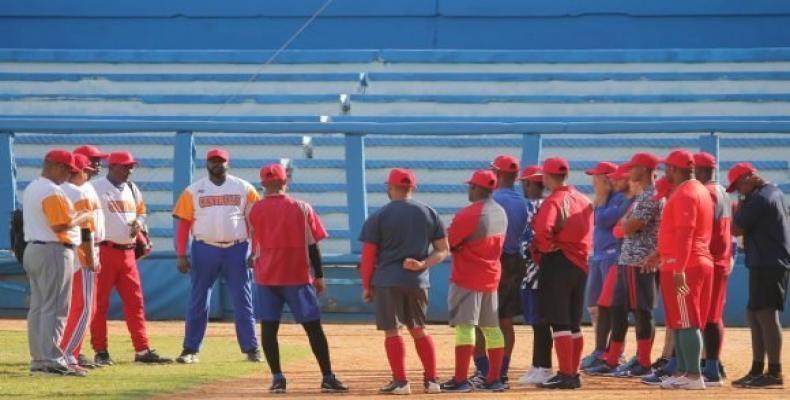 Havana, March 29 (RHC)-- The Cuban National Baseball Directorate (DNB by its Spanish acronym) announced that the Cuban pre-selection team will hold three friendly matches in Mexico as part of their training towards the Lima 2019 Pan American Games.

The games of the squad managed by Rey Vicente Anglada will be against teams of the Mexican League, on May 24, 25 and 26, in San Luis Potosi.
In a press release, DNB stated that 1B William Saavedra left the group due to health problems and announced the inclusion of three other players: outfielder Dairon Blanco and pitchers Miguel Angel Lastra and Alyanser Alvarez.

The Cuban national pre-selection trains for these days at Havana´s Latinoamericano stadium, and its departure is expected next week for a training base in the Mexican altitude, which will last 25 days.