After two consecutive defeats, Cuban baseball has worst performance in Pan Am Games ever 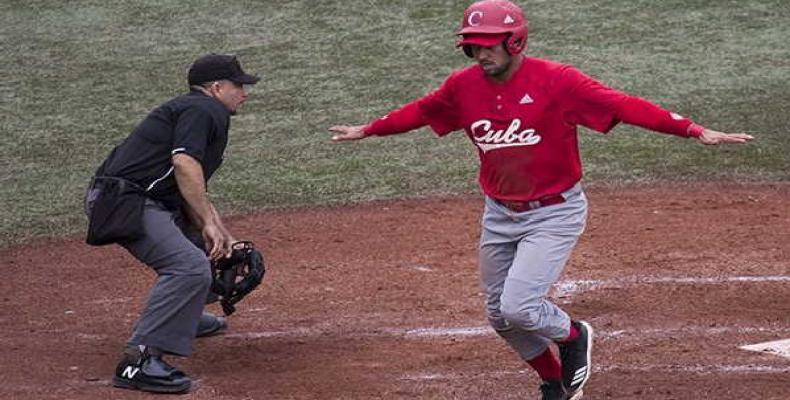 Lima, July 31 (RHC)--The Cuban baseball team has been officially eliminated from the Lima 2019 Pan-Am baseball tournament, after losing their second consecutive game, this time against current champions Canada by score of 8-6.

The ball game marked a rebirth in Cuban offensive, since they hit 3 bombs and connected a total of 11 hits, but it was not enough to defeat a Canadian team led by Conor Panas, who with 3 hits (including a home-run) brought home 5 of Canada's 8 runs.

If there is one aspect that might have led to the loss, was the poor decision-making of Cuban manager Rey Vicente Anglada, who decided to let starting pitcher Yoanny Yera stay on the mound after allowing four runs previous to the 5th inning, when Canadians scored 3 more to practically sentence the game.

But the lack of on-time bullpen calls was not the only mistake made by the island’s coaching staff, since it also decided to bring a pinch hitter in the bottom of the 8th for catcher Yunior Ibarra, who had hit a homer earlier in the game.

This results leaves Cuba with no chances for advancing to the next round in the competition and represents a continuation of poor performances the island's teams have suffered in the latest international events.

After accumulating 12 gold medals, one silver medal and two bronze medals in continental events, with a fourth place and no participation in Mexico 1955, observers and fans consider that what happened in the Villa María del Triunfo stadium of the Lima 2019 Games will definitely require a major overhaul of the way baseball is being thought and organized in Cuba.