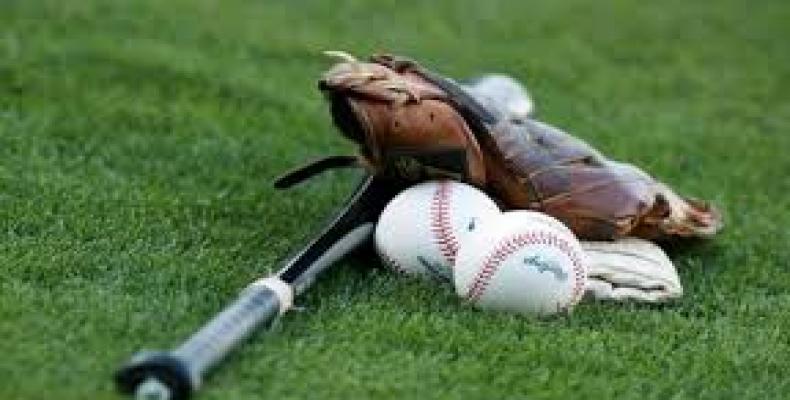 SPORTS NEWS for THURSDAY, MAY 18th

Outfielder Roel Santos officially signed his contract with Marineros de Chiba Lotte on Wednesday to become the sixth Cuban to sign this season with the Japanese Professional Baseball League.

"My goal is to go out and have fun I will try to raise the flag of Cuba very high in that country," he said after signing the document in the Havana Latin American stadium.

"I am very happy with what is happening with my career, which is giving me good things like this," added the center fielder.   He also said that now the expectations are higher, given that he's playing on a team of another level, and it is necessary to face that challenge physically and mentally.”

"The goal is to continue doing what I have achieved, putting more effort in every play and every game,".

Before him, Liván Moinelo and Oscar Luis Colás registered their names on the payroll of the Softbank Falcons, where slugger Alfredo Despaigne reached his highest level a few years ago, and Raidel Martínez and Leonardo Urgellés joined the Dragones de Chunichi.

Olympic and world medalists will highlight in the match between Cuba tamers and Tigers of Uzbekistan to be celebrated tomorrow in the Cuban Sport City where both teams will look for a ticket to the semifinal of the VII World Series of Boxing.

The home team, and defending leader, will appeal to stars like Roniel Iglesias (69) and Julio Cesar Cruz (81 kg) Monarchs in London 2012 and Rio de Janeiro in 2016, respectively.

His rivals were left in silver in the celebration of the Wonder City: Shakhram Giyasov and the promoted from the 75 kilos Bektemir Melikuziev, defeated there by the hands of Arlen Lopez.

Others who know what it is to receive prizes in world events will encourage the bid in more than 91 kilos, as the hosts will depend on the tanning in Milan 2009 Jose Angel Larduet, then in 81, and the Asians of Bektemir Melikuziev, with similar performance two years ago.

With less endorsements is the opponent of triple world champion Lazaro Alvarez (60), called to undo the hopes of number two Asia Elnur Abduraimov.

The Cubans need to prevail 4-1 to get a 6-4 aggregate balance, but with a 3-2 they would provoke an extra fight in over 91 kilos by their Central American king of Veracruz 2014 Yoandry Toirac against Mirzobek Khasanov.