Cuban Boxing bets on experience for Pre-Olympic in Buenos Aires 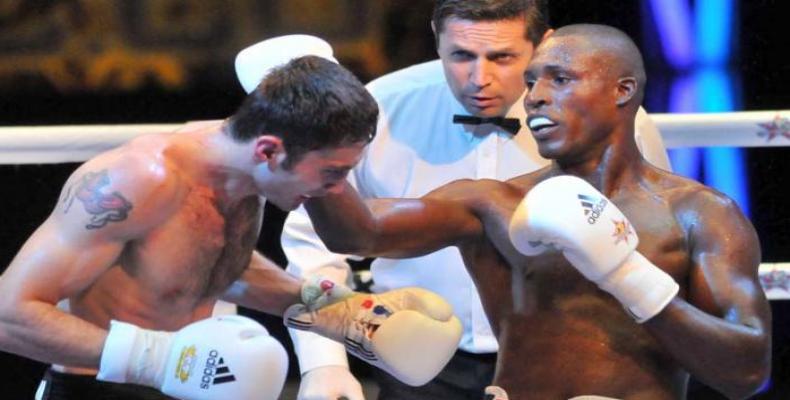 Havana, (RHC) - Five Olympic and/or world medalists lead the Cuban team of eight boxers that will compete in the Pre-Olympic Boxing Competition of the Americas, scheduled for March 26 to April 3 in Buenos Aires, Argentina.

This is what the Cuban Boxing Federation determined when it announced this Sunday the selection, led by Olympic and world champions Julio César La Cruz, in his new 91 kg division, Roniel Iglesias (69), Arlen López (81), Andy Cruz (63) and Lázaro Alvarez (57).

In the divisions where there was no definition yet, 57 and 69 kg, Cuban boxing managers and technicians bet on the experience of world champion Lazaro Alvarez and Olympic champion Roniel Iglesias, instead of young figures like Pan-American champion Osvel Caballero and Kevin Brown.

"The form achieved responds to the purposes conceived by the technical collective, and that is why the aspiration cannot be other than the classification of all", commented the president of the Cuban Boxing Federation, Alberto Puig de la Barca, in declarations to the Jit newspaper.

The executive highlighted the results of the work carried out with foreign teams that traveled to Havana, and the stays of the Caribbean team in Kazakhstan and Germany, where, in addition to the home team, they met with athletes from other countries.

The distribution approved by the organizers of the event under the five rings set the number of contestants in the men's competition at 186.

In addition to the segments called by region, the competitive chapters will be complemented by a world qualifying round scheduled for May.