Matanzas comes back to life in Cuban baseball final 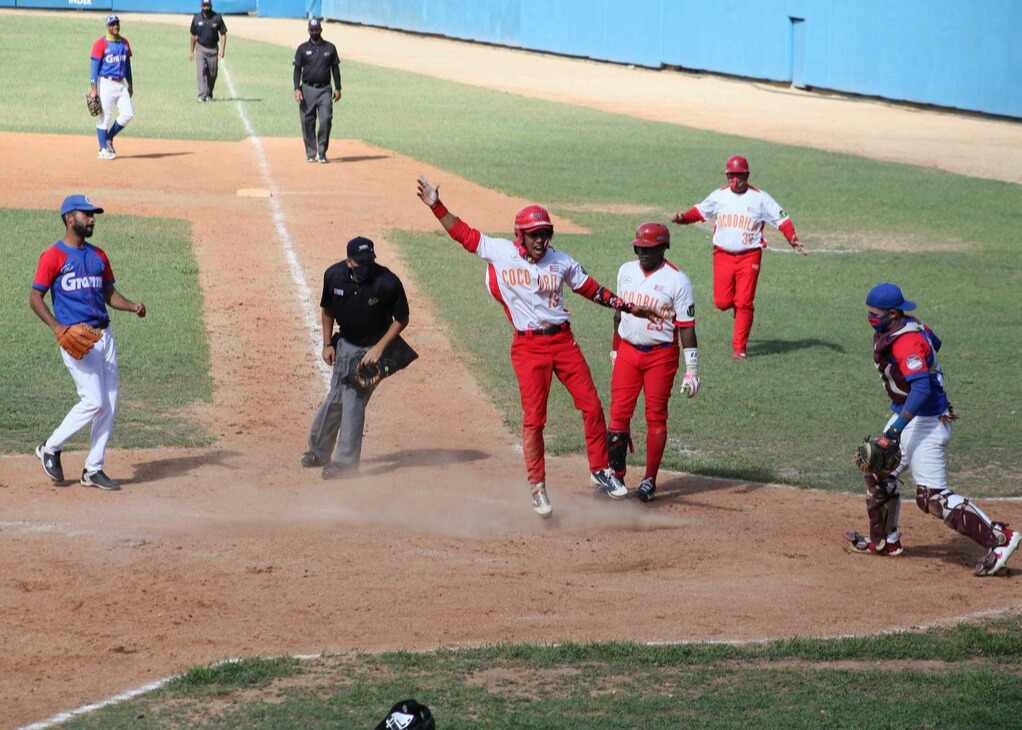 Yoisnel Camejo (center, red and white uniform, jumping) scores by wild pitch the run that gave Matanzas the victory over Granma in the fifth game of the Cuban baseball fina

Sancti Spíritus, April 3 (RHC)-- A wild pitch was decisive for the fifth game of Cuba's baseball final and Matanzas put away the ghosts of elimination by beating Granma by a score of 4 to 3 to stay alive in the race for the championship.

With two outs and tied at three runs in the ninth inning, left-hander Miguel Paradelo unleashed a breaking pitch that could not be stopped by catcher Ivan Prieto.  Yoisnel Camejo, the runner on 3rd base, moved swiftly and quickly to home plate to define the duel.

The Matanzas Crocodiles, current champions, recovered space also thanks to the work of their ace Yoanni Yera (2-2), who showed nerves of steel and surgeon's precision in his 112 pitches.

Yera, seen as the best left-handed pitcher in the country, pitched eight innings, with three runs, 10 hits, four strikeouts and two tickets, although the victory ended up in the record of right-hander Noelvys Entenza (2-1), who got the 100th of his sports career.

For the winning team, right-hander Lázaro Blanco (5-0) again showed his talent, pitching six innings, with three hits, eight hits, seven retirements on strikes and a pair of bases on balls in an 89-pitch performance.  By leaving without a decision, the pitcher lost this time the possibility of setting a new win-loss record in this instance, which he tied on Sunday, March 28, with four other powerful pitchers.

The sixth came in the final is scheduled to take place Sunday afternoon at the José Antonio Huelga Stadium in Sancti Spíritus.