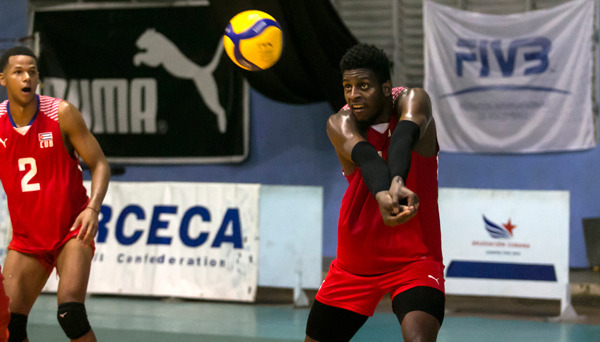 Havana, September 6 (RHC/JIT)-- A total of 36 players under the Cuban Volleyball Federation (FCV) will serve international contracts in the 2021-2022 season, which is a new record.

The Cuban volleyball players are distributed in 12 countries, with prominence for the French circuit, which will host a dozen precisely.  Then come Portugal and Spain (4), Bulgaria and Romania (3), Italy, Brazil and Hungary (2), and one per capita in Greece, Russia, Czech Republic and Serbia.

"Several of them continue in their clubs, others change.  There is still the possibility of raising the figure, but this one exceeds the previous one of 26 in a single campaign," Osvaldo Arias, methodologist of the national commission, told JIT.

More than 15 athletes are already training in their clubs.  This Sunday, Julio César Cárdenas traveled to France, who repeats in the Tourcoing. In the following days the others will join the team.

Osniel Mergarejo, Roami Alonso and Jesús Herrera will continue in France with Chaumont 52.  They will be joined by José Miguel Gutiérrez.  Liván Osoria will continue in Cambrai and Javier Concepción will make his debut in Poitiers.

On the women's side, national teammates Diaris Perez, Claudia Hernandez, Jessica Aguilera and Greysi Finé will compete for Chamaliers. Roxana Giel appears there with independent status.

Left back Regla Gracia, after spending two seasons in Peru, will again be represented by FCV, this time in the French second division with the Stella Etoile Sportive team from Calais.

Marlon Yant returns to Italy for his second season with Lube Civitanova, a club where Robertlandy Simón has shined for years. Both are members of the Cuban national team.

Miguel Angel Lopez is already preparing at Sada Cruzeiro for his second year in Brazil, while Adrian Goide is getting ready for his debut in that nation with Brasilia Volley.

Other men have been contracted in Bulgaria, namely Victor Ramon Andreu and Luis Vidal in Montana, and Alexis Ramirez in Dobrudzha 07. In Portugal, Yohan León and José Israel Massó will play for Sporting, and Reinier Ibar and Carlos Charles for Associação Académica de Espinho.