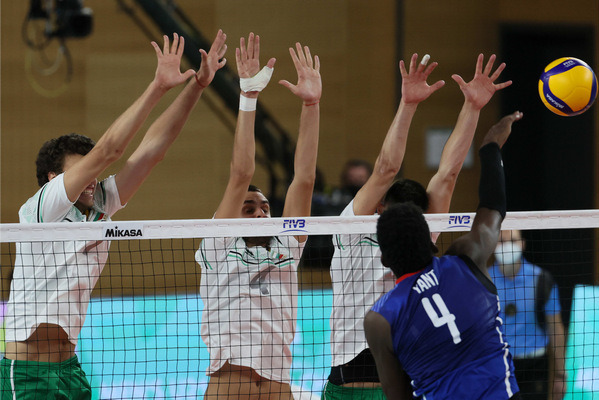 Havana, September 25 (RHC)-- The Cuban national team suffered its second setback in Group B of the U21 Volleyball World Championship, this time against the hosts and with straight sets at the Sofia venue to be out of the discussion of the top eight places.

The Cuban team, although they could not get any partial victory, showed a better performance than in their opening match against Poland, against whom they lost 1-3.

Marlon Yant again led the offense with 13 units, 12 of them from attacks plus a block, and was seconded by corner player Jose Miguel Gutierrez, who accumulated 12 (9-2-1).

Ramirez told the official FIVB website on behalf of his team that "this was a very important match for us. I expected us to play a little better and it would be a little easier. Unfortunately it turned out that Bulgaria is a very difficult opponent".

For his part, the local Karyagin was the top scorer of the clash (17), and his teammate Nikolov seconded him with 13.

Nikolov himself stated that they knew that Cuba serves strong and is a physically strong team.

"The instructions were to play smart, shoot free balls in difficult situations and receive well. Thanks to our good serving and the Cubans' weak reception, our blocking was strong," he said.

Precisely the Asian team (0-2) will be Cuba's opponent this Saturday.

Meanwhile in Italy, the hosts, the Czech Republic (both 2-0) in Division A, and Belgium in Division C remained undefeated and also made it into the top eight.