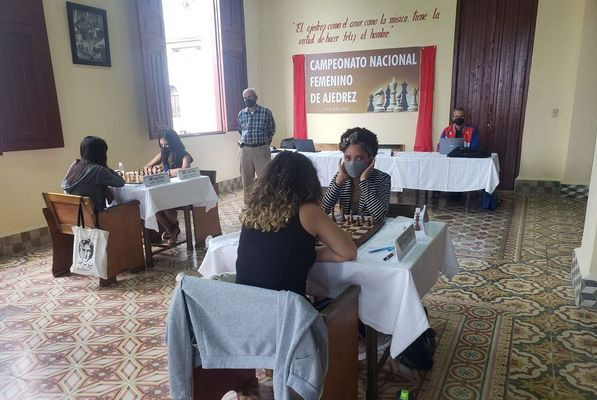 Havana, February 1 (RHC)-- Three of the four matches of the elimination stage of the National Chess Championship, in its women's version, were defined on Monday and only one place remains to be "filled" in the main draw of the event, hosted by the city of Holguin.

Yoanna won the second game after 57 moves of a Sicilian defense, to complete the 2-0 that assured her to stay in the competition.

Leannet experienced a similar result against Legna, while Karen agreed a draw with Roxangel and the result facilitated the score of 1.5-0.5, to reach the final segment of the tournament without difficulties.

In the fourth match, the only balanced score of 1-1 took place, when Karla July Fernandez from the capital and Patricia Hernandez from Villaclare scored a win each.

To define the winner of this crossing, the rapid games will be played today, as foreseen in the announcement of the competition.

The winners will now join the group of eight players placed directly in the main draw, due to their condition as members of the national pre-selection.

In total, 12 players will be involved in the dispute for the crown. Most of them have been regular protagonists of the most recent editions of these competitions and it is somewhat difficult to point out any favorite.

Perhaps, and taking into account the results of recent years, one could mention Lisandra Ordaz from Pinar del Rio, champion of the last event held in 2020, or Oleiny Linares from Santiago de Cuba, who reigned in 2019.

Nor can we ignore the strength and talent of others, such as Maritza Arribas, also from Santiago, who has won 11 times, or Yerisbel Miranda from Pinar del Río and the indomitable Yaniela Forgas, the latter already with good results at this level.