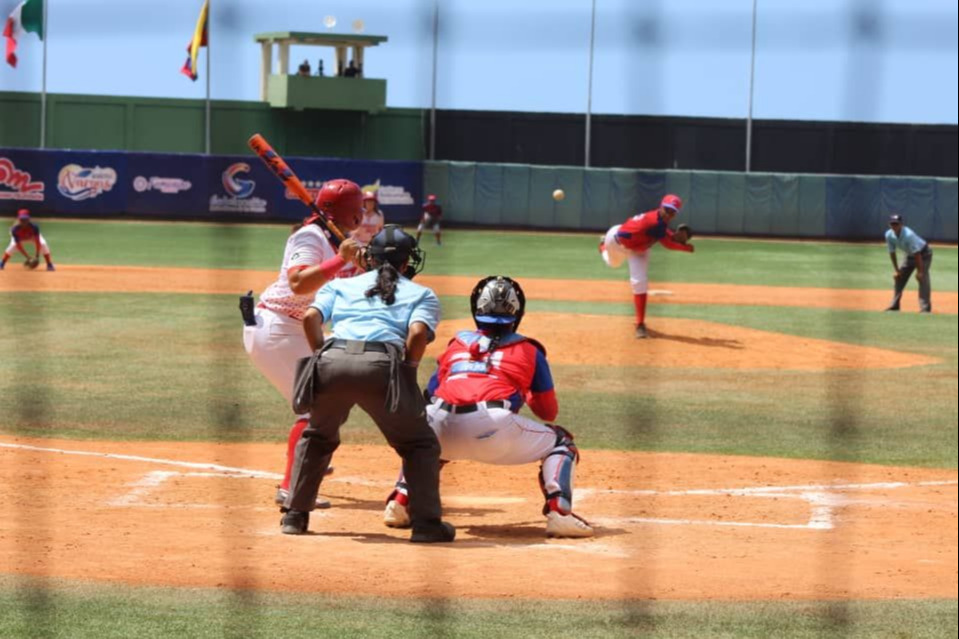 Four errors complicated too much the Cuban women's baseball team, which lost 3-8 to Venezuela on Sunday in the third day of the pre-World Cup of the Americas tournament at the Jorge Luis Garcia Carneiro stadium in La Guaira, Venezuela.

Havana, August 15 (RHC)-- Four errors complicated too much the Cuban women's baseball team, which lost 3-8 to Venezuela on Sunday in the third day of the pre-World Cup of the Americas tournament at the Jorge Luis Garcia Carneiro stadium in La Guaira, Venezuela.

After being held in check for three innings by the right-handed pitching of Yoidania Castro, the locals opened the scoreboard with two dirty runs in the fourth inning with just a jit by the right-hander Sor Malis Brito. But they were able to take advantage of two walks, a ball and a base on balls.

In the fifth act, they stepped on the plate once again, and finished off with a four-run rally in the sixth with three singles, including two-run homers by Migrelis Angulo and Mariana Natera, in front of reliever Yanet Cruz, who has pitched in all three games for Cuba. In addition, they reaped the fruits of another pair of Cuban errors and a wild pitch, of the three that the opposing pitchers scored in the entire game. They scored their eighth run in the seventh.

Jorge Luis Pimienta's team scored three runs in the sixth inning, the result of a hit by third baseman Odrisleisis Peguero, and successive triples by starter Libia Duarte and catcher Yordanka Rodriguez, two of the most experienced athletes of the Caribbean team.

"I didn't hurry to make contact and I prepared well, that's why I got the two good hits against curveballs. We fell with our boots on, but we are holding our own and we know that we can achieve our goal of qualifying for the 2023 World Cup," said Yordanka Rodríguez, the best hitter of the game, who hit 2-2, with a triple, a tow and a base on balls, to ACN.

It is worth mentioning that the game started at night because the Puerto Rico vs. Mexico duel was delayed due to rain, and several of the young Cuban players had never played under artificial light.

Six teams are enrolled in the tournament in search of four tickets to the world championship. Now Cuba has a balance of one win and two losses, so it is obliged to defeat the Nicaraguan team next Tuesday and wait for what happens in the remaining duels.

Cuba has participated in six world championships and its best results have been the sixth places achieved in the editions of Taipei, China (2006) and Venezuela (2010).