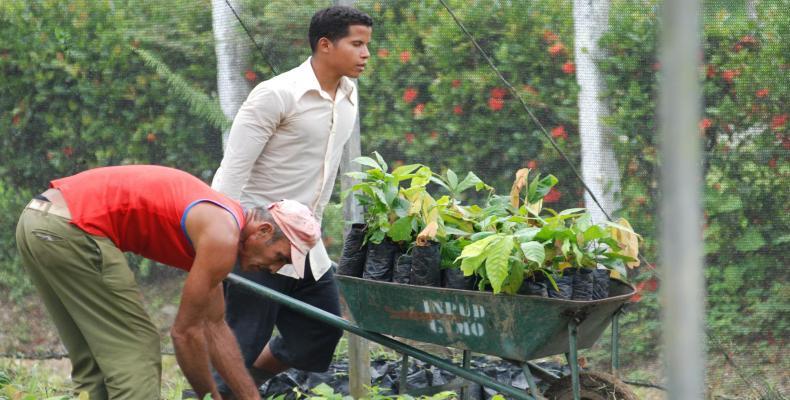 Havana, Aug 29 (RHC)--The Agroforestry Group of the Cuban Ministry of Agriculture (MINAG) plans to expand its business portfolio with the inclusion of new exportable lines in each of its companies and the incorporation of foreign investments.

Speaking at a press conference on Wednesday, Mercedes de la Cruz, head of the group's export department, referred to the goods that are already in the sector's export indexes, such as bagá trunks, mainly destined for decoration; seeds, with emphasis on cashew nuts, and pine resin; as well as other traditionally exportable products such as charcoal (essentially the one obtained from marabú), bulk honey, coffee and cocoa, among others.

De la Cruz stated that the projections are aimed at selling finished products and minimizing the exporting of raw materials.

Aldo Gómez García, general director of the company Sociedad Mercantil Agroforestal S.A., pointed out that this entity will carry out business in several projects, such as the creation of bioelectrics with an energy base in biomass and the establishment of plants for the classification and export of charcoal, both based on the exploitation of marabú, whose energy value is highly regarded in the international market. He mentioned the intention to set up plants for the analysis of honey produced in Cuba, since this service is currently paid to Germany whenever this product is exported.