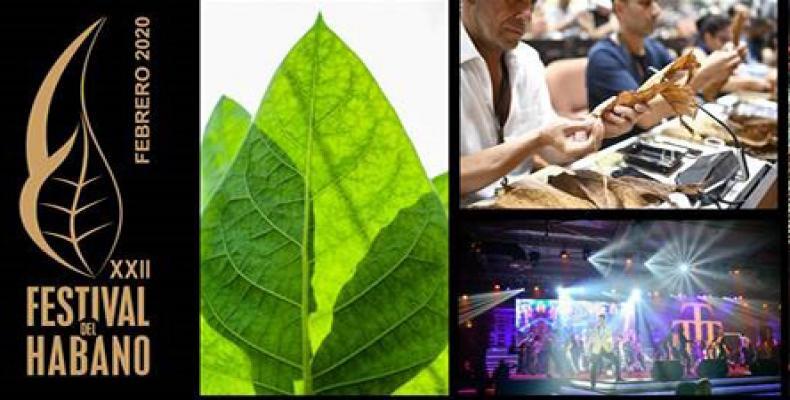 The XXII Habanos Festival opens Monday, February 24th in Havana, with a big Welcome Evening. The brands taking center stage during this year’s event are Bolívar, Montecristo, which celebrates its 85th anniversary, and Romeo y Julieta, on its 145th anniversary.

The festival also honors the La Casa del Habano, the Habanos, S.A. international network of franchised specialist stores present in more than 60 countries, on its 30th anniversary this year.

Attendees at the XXII Habanos Festival will enjoy a complete five-day activities’ program for finding out about the origin, production and various aspects concerning the culture of Habanos. The itinerary includes its traditional activities: visits to tobacco farms, factory tours in Havana, a trade show and the third edition of the Habanos World Challenge contest. For the farm trips, the groups will travel to the Partidos region, closer to Havana, instead of Pinar del Rio.

The program will also feature practical sessions and keynote speeches led by renowned experts in the world of Habanos, meeting together at the International Seminar, to be opened on Wednesday, the 26th of February, with the illustrated speech “Habanos and their brands” by Ciro Bianchi.

Other highlights include three evenings of the best live music from renowned international artists, the finest gastronomy in Cuba and the opportunity to try Habanos and drinks from different corners of the world.

The festival, considered the world’s largest gathering of cigar lovers and cigar businessmen, will end on the 28th of February with the traditional Gala Dinner, the Habanos Awards ceremony and the traditional Humidors Auction, with all proceeds going to the Cuban Public Health System.