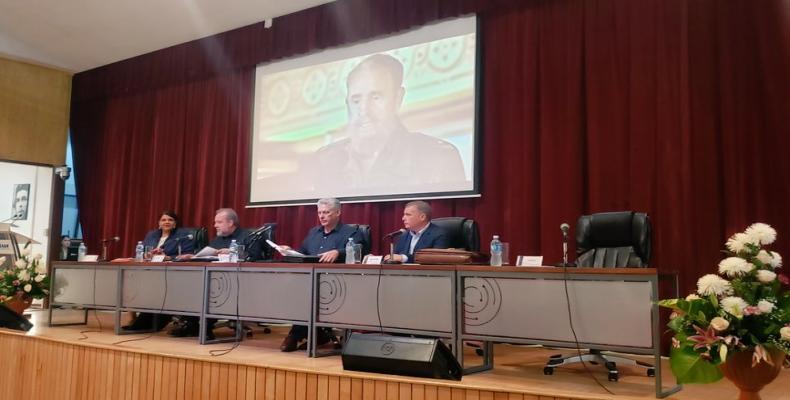 During the meeting, the Cuban Minister of Tourism, Juan Carlos García Granda, presented the report with an audiovisual presentation summarizing the results achieved in 2019 and the goals for 2020.

The policy of executives and the promotion of qualified young people, the marketing of the tourist product by exploiting new technologies; as well as the aggressiveness of the U.S. blockade were included in the report.

The presentation highlighted the growth of the domestic market where the tourist-day plan increased by 15.6% compared with the 11.1% increase in the previous year, as a result of the offers made in the summer for Cuban families.

It was also noted that Russia was the market with the highest growth during 2019, growing by 30 percent over the previous period and positioning itself as the fourth nation with the highest volume of visitors to the destination.

Similarly, the imposition of measures by the U.S. government against the largest of the Antilles was highlighted, affecting the arrival of visitors to the destination, receiving a total of 4,275,561 in 2019.
.
The meeting discussed the building works completed in the past years, which allowed for 2,981 new rooms to be put into operation, including the Prado and Malecón, and Internacional de Varadero hotels; the Kempinski and Muthu hotels in Cayo Guillermo; as well as Encanto brand hotels in Havana, Sancti Spíritus Camagüey, Gibara and Santiago de Cuba.

In this regard, Díaz-Canel urged participants to take advantage of all the strengths, potentialities, and possibilities that exist to advance unstoppable tourism activity.