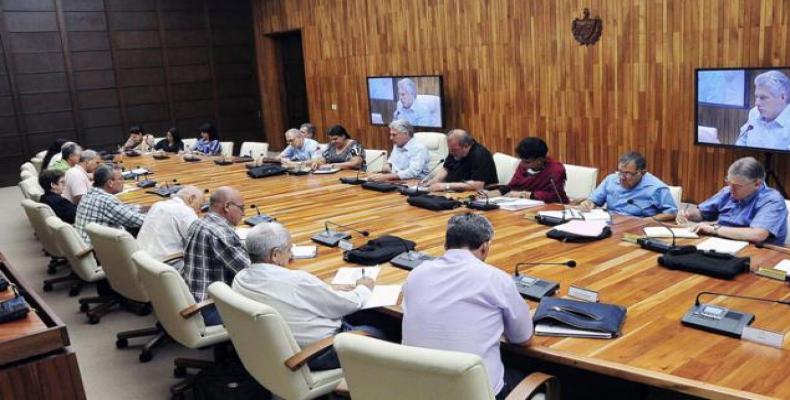 Havana, July 2 (RHC)-- Cuban President Miguel Diaz-Canel has reiterated the importance of tourism for Cuba´s development, by stressing that it has become one of the economic activities that generates the most revenues to its economy.

Monday morning's edition of Granma newspaper reports that Diaz-Canel attended a meeting hosted monthly by the Tourism Ministry to assess the logistics provided by different state institutions to the industry.

In remarks to participants, the Cuban head of state recalled the progress made by the sector since the 1990s, when there were some 18 thousand rooms island wide.

Díaz-Canel noted that while Cuba is currently a much appreciated tourist destination because of the comfort of its resorts, its beautiful nature and its public security, it is necessary to continue working to replace imports with national production in order to reduce costs.

“We have to further develop agriculture, renewable energy and new technologies, and to that end, each agency has to rethink its relationship with the so-called industry without chimney", he stressed.

The island´s ministers of Agriculture, Food Industry, Transportation, Mining, and Construction were on hand for the event, as well as other high ranking officials.

Discussions ranged from the use of clean energy in tourist resorts, and rational use of water to the availability of Internet Wi-Fi networks and the use of new technologies for the promotion of the island´s tourism product domestically and abroad.