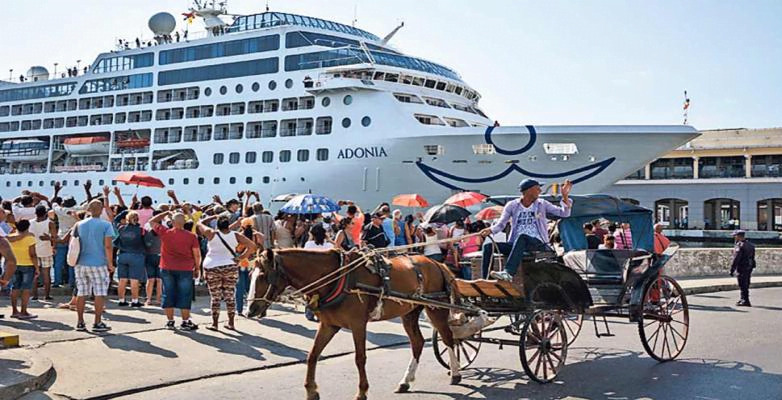 Madrid, December 10 (RHC)-- The president of the Virgin Voyages company, Tom McAlpin, declared at the recently concluded International Cruise Summit, held in Madrid, Spain, that the arrival of such ships in Cuba, prohibited by the U.S. blockade, could increase in 2021 when a new administration takes over the White House.

"We hope that with a new government in the U.S., the possibility of reaching that Caribbean destination will reopen," said McAlpin, who highlighted the benefits for his business to dock in the ports of Cuba.

The executive said that for shipping companies based in the U.S. state of Florida, Cuba is an ideal destination, because with the restrictions due to the COVID-19 pandemic, some ports in the region closed to this type of vessels.

U.S. Secretary of State, Mike Pompeo, claimed the measures are not directed at the Cuban people, but at the government. in practice they have a negative impact on society in general, especially in the private sector linked to the leisure industry.

Added to this is the activation of Title III of the Helms-Burton Law, under which foreign companies, some linked to cruise tourism, received lawsuits for the alleged illegality of making use of nationalized properties in Cuba after the triumph of the Revolution, on January 1, 1959.

However, a U.S. judge dismissed legal actions against the Norwegian company and the Swiss MSC, both from the cruise sector, for the use of the docks of the Havana port that belonged to the Havana Docks Corporation.