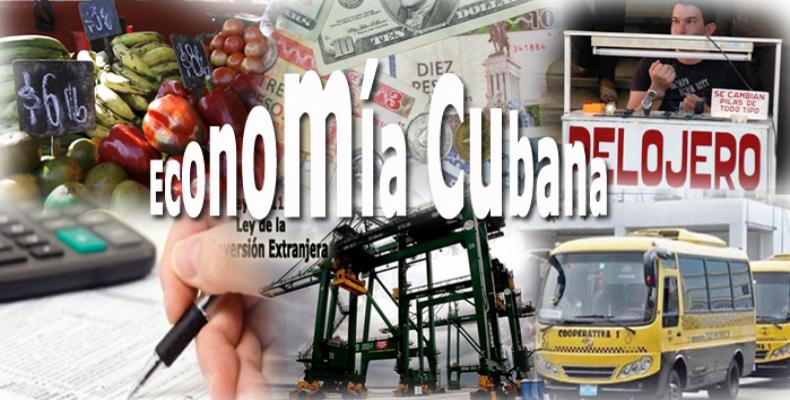 The seminar, entitled Doing Business: Promoting Economic Development and Direct Foreign Investment is part of actions aimed at sharing experiences between Cubans and British. This event was designed by the Center for Studies on Cuban Economy and London's Public Administration International Company (PAI) and with the support of the British embassy in Havana.

The event was particularly aimed at addressing lessons, problems and challenges related to crucial issues for Cuban economy.

The rules of international trade, Customs issues, intellectual property and nature of direct foreign investment and its advantages and disadvantages were some of the topics on the event's agenda.

Learned lessons in different economies, their importance for Cuba and the encouragement of businesses were also included in the seminar given by Matthew Cox, who is a former official with the British Commerce and Industry Ministry.

Challenges for Cuba as a Tourist Destination for 2015

As 2015 begins with a rapid increase in the amount of visitors to the island, Cuba demonstrated its development in the tourism industry in important Fairs in Europe with challenges to the growing number of vacationers to the Caribbean destination.

The number of visitors to Cuba reached three million in 12 months by the end of 2014. December also brought along a new international scenario which was the announcement of steps towards the reestablishment of diplomatic ties between Washington and Havana which brings about a number of important advantages for both sides.

Experts and non-specialists expect a growing number of Americans visiting Cuba despite Washington's blockade still in place with some measures that have been eased by the Obama administration.

Questioned about the issue, Cuban Tourism Minister, Manuel Marrero recently said in Madrid during the FITUR International Tourism Fair that he does not foresee spectacular increases or an avalanche this year.

Taking into account the current pros and cons, Cuba expects a total of about 3 million 200 thousand visitors by the end of this year, aspirations in which they will work in several strategic directions.

Although sun and beach will still be the leading product, the country will promote other modalities like weddings, nature, water sports, culture and health; in addition to insisting in the diversification of the markets and in the variation of the tourism of the territory.

A growth in air flights will become another reality that will contribute to an increase in the flow of the international arrivals highlighting the return of the Spanish Iberia airlines that will kick off on June 1st. Adding up all of the companies that fly the Madrid-Havana route, the frequency will add to 16 per week.

In regard to the new investment law, there are many interested on the issue; thus, the FITCUBA 2015 International Tourism Fair to be held at the Jardines del Rey tourism complex north of the central province of Ciego de Avila next May will have a business stand dedicated to foreign investment.

There are currently over 60 thousand rooms and to create a needed complementary infrastructure, the Cuban destination should not lose sight of other important issues like the systematic preparation of workers and the increase in the quality and competitively of the tourism product, a group of normal challenges proper of the tourism industry for the immediate future.

The director of the Rancho Boyeros exhibit ground, which traditionally hosts the fair, Ignacio Caraballo told reporters that also included in the agenda of opportunities are aspects such as processing and commercialization of milk and its derivatives, as well as citrus fruit production and processing in the western Cuban region of Contramaestre.

According to Caraballo, the plans include the production of peanut, processing and selling of local coffee and the use of biomass from the plant known as Marabú to obtain charcoal.

The Fair is organized by the Cuban Chamber of Commerce, the Foreign Trade and Investment Ministry and the Ministry of Agriculture, along with the Center for the Promotion of Foreign Trade.

Each year, the Fair is attended by many local and foreign exhibitors, executives, and experts in the agricultural land ranching sectors who are interested in boosting trade and businesses in Cuba.

“I would like to continue to strengthen our relations in wide-ranging areas and hold a frank dialogue,” Kishida was quoted by the Foreign Ministry as saying to the visiting Cuban official during their meeting in Tokyo.

Cabrisas, who is in charge of Cuba's foreign economic policy, told Kishida he hopes to see stronger bilateral economic ties through interaction with Japanese firms, according to the ministry.

Arrangements are being made for Cabrisas to hold talks with Prime Minister Shinzo Abe during the week-long visit through Saturday, ministry officials said.

France's State Secretary for Foreign Trade, Tourism and the Diaspora, Matthias Fekl said in Havana that his country is interested in strengthening cooperation and commercial relations with Cuba.

The top government French official, who recently visited the island, told local reporters that he held working meetings with Cuban authorities from the ministries of Foreign Trade and Investment, Foreign Relations, Tourism and Agriculture.

In these meetings, French entrepreneurs who accompanied him exchanged views about the sectors they were interested in developing commercial relations with as France is willing to accompany Cuba in its economic update process, said the French Minister.

As part of this visit, Cuba's Agriculture Ministry and France's International Cooperation and Agronomic Research Center signed a frame agreement for scientific cooperation.

Cuban first vice-president Miguel Diaz-Canel ratified his country's determination to keep working for the further development of the PetroCaribe regional program, during the 9th Summit of that bloc, held last Friday in Caracas.

Diaz-Canel called on PetroCaribe member states to turn the bloc, founded in 2005, into an instrument that favors economic interconnection and complementariness with strong-impact social programs.

Since its setting up, PetroCaribe has provided 300 million barrels of oil to its member states, which has allowed for the availability of resources to fight poverty, boost economic development and build fairer societies.

During his stay in Caracas, the top Cuban official held talks with Venezuelan authorities and corroborated the excellent state of bilateral relations between Caracas and Havana.

Covarrubias tourism development area, on the north coast of the province of Las Tunas, was connected to the national power grid as part of the investment program to increase growth prospects in the enclave.

The Brisas Covarrubias Hotel, belonging to Cubanacan chain, benefits from the installation of the electricity grid, which will allow greater stability and quality of service that was provided by generators since the founding of the entity.

The line extends for about 40 km. from the area of Manatí and its implementation cost about 2 million Cuban pesos, Gerardo Parra, director of Investment of the Electric Company of Las Tunas, told reporters.

Improvements are also planned in 2015 for telecommunications of the tourism development zone, with the modernization of technology for wireless base stations, which will enable higher performance, including Internet access via WiFi.

Mirtha Garcia, delegate in Las Tunas of the National Institute of Water Resources, told ACN news agency they are working in the project of a water pipeline to Covarrubias, as well as in a wastewater treatment system.

The planned investments provide coverage to the demands of an area in which there is a capacity to build about 14 000 rooms, but today there are only 180.

For the Ministry of Tourism of Cuba, Covarrubias is a priority to promote foreign investment aimed at hotel plant growth.

Brisas Covarrubias was inaugurated in 1998; facility that opened possibilities for development of the leisure industry in a region where sun and sand, nautical and nature attractions predominate.

Jardines del Rey destination, north of Ciego de Ávila, has the best winter season since opening to marketing more than two decades ago, with record number of visitors and flight arrivals.

Luis Baez, commercial director of the Ministry of Tourism in the territory, told reporters that the hotels of the enclave, formed by Coco and Guillermo Cays, record up to 9 thousand visitors staying in one day, the highest number ever.

The main guest arrivals occur through Jardines del Rey International Airport, in Cayo Coco, which currently receives about 45 flights a week from various markets.
Opened in December 2002, the facility closed in 2014 with the movement of about 400,000 passengers in input and output operations, and for May the arrival of 50 aircrafts is expected, for an average of 8 thousand vacationers per day.

Executives from the sector said that this is due to the opening of new routes like Aeroatlantic airline, belonging to Portuguese tour operator Sonhando, with charter operations during the summer, and recently Blue Panorama, with a direct connection from the Italian city of Milan.

The main airlines operating at the destination are Thomas Cook (England), Air Transat, CanJet, Wesjet, Air Canada and SunWing --more than 20 weekly flights -- (from Canada), Blue Panorama (Italy), and the local Cubana de Aviacion, among others.

They also receive domestic flights mainly from Aerocaribean with excursions to the cities of Cienfuegos, Trinidad and Havana. Jardines del Rey, with 16 hotels and more than 6 thousand rooms, has received more than 3 million tourists since it began operating 25 years ago.

With an annual growth of 13% the number of visitors, the attractive enclave characterized by its excellent natural conditions, is ready to host next May the International Tourism Fair FIT Cuba 2015.