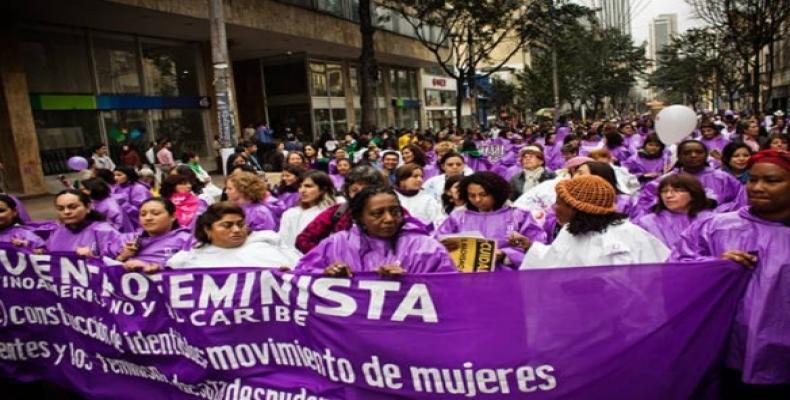 Lima, August 15 (RHC/TELESUR)--Social organizations, political parties and citizens marched Saturday across the country to denounce gender violence against women, after two high-profile judicial cases sparked public outrage on social media in recent weeks as charges against the male perpetrators were judged as far too lenient.

“By touching one, they are touching all of us,” chanted the protesters, demanding “no more violence nor impunity.”

President Pedro Pablo Kuczynski also made a brief appearance, meeting the protest organizers at the starting point of the march.

“I reject violence, especially against women and children," he said. “We will promote a culture that does not tolerate violence."

Gender violence is rampant in Peru. The Ministry of Women and Vulnerable People reported that 54 women have been murdered by their partners in recent years. There have been a further 118 femicide attempts.

Official data shows that seven out of 10 Peruvian women have experienced physical violence while 42 percent of women fail to report incidents because they believe they will not receive justice, according to feminist organization Flora Tristan.

In 2011, Congress passed a law adding femicide to the legal code but the number of violent attacks against women continues to grow unabated.