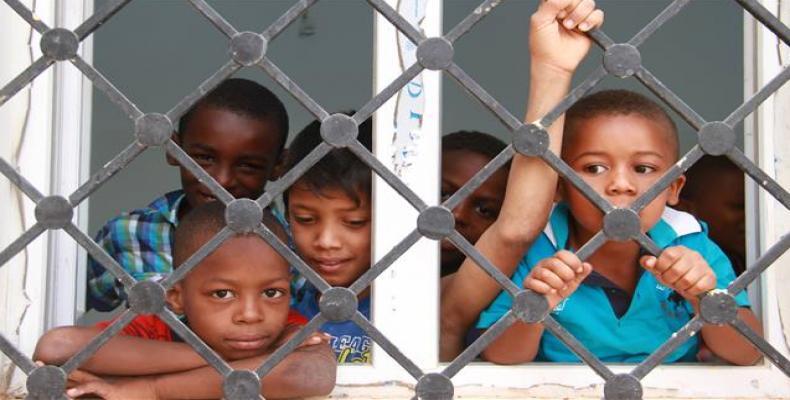 United Nations, August 20 (RHC)-- The United Nations has voiced concern about the alarming conditions of well over two million Libyans, who need humanitarian aid due to the situation of terrorism in the North African country.

“More than 2.4 million people in Libya are in need of humanitarian assistance,” said Martin Kobler, the UN secretary general's special representative for Libya, in a statement marking the World Humanitarian Day on Friday.  “They lack medicines, vaccinations and suffer from poor hospitalization services. Almost 300,000 children are out of schools and almost 350,000 Libyans are displaced within the country."

The UN official also noted the predicament of over 270,000 refugees, who are stranded in Libya after fleeing their home countries.  “The humanitarian needs created by the crisis in Libya are enormous and this should serve as an incentive for us to do our utmost to give hope to the people, particularly those in urgent need of humanitarian assistance.”

Libya has been struggling to contain the militants who have been expanding their presence in the country following the overthrow and death of Libyan leader Muammar Gaddafi in 2011.  Taking advantage of the chaos in Libya, the Daesh Takfiri terrorist group also took control of the northern port city of Sirte in June 2015, nearly four months after it declared presence in the city.

The oil-rich North African country has had two rival governments since 2014, when politician Khalifa Ghweil and his self-proclaimed government seized control of the capital Tripoli with the support of militia groups, forcing the internationally-recognized government to move to the country’s remote eastern city of Tobruk.

However, they achieved a consensus on forming Libya’s Government of National Accord (GNA) last December after months of UN-brokered talks in Tunisia and Morocco, in a bid to restore order in the oil-rich nation.