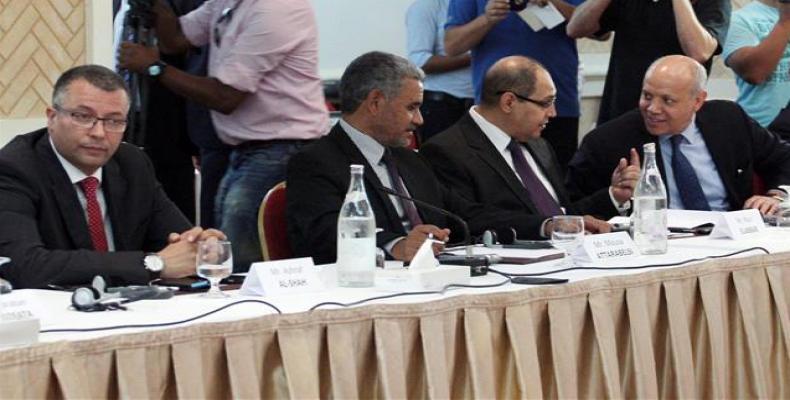 Tunis, September 6 (RHC)-- Libyan politicians have started UN-brokered talks in Tunisia to discuss the power struggle between warring political parties and the threat posed by Takfiri militants who are undermining stability in the North African country.

Libyan political leaders began the UN-sponsored meeting of the Libya Dialogue committee in the Tunisian capital, Tunis on Monday.  Jamel Achour, one of the participants at the Tunis talks, said that the meeting was aimed at attempting to "find urgent solutions to the stifling climate facing the country."

"The Libyan nation needs the presidential council to take concrete steps... to solve the problems we and our children are facing," media outlets quoted Achour as saying.

On August 22 ,the UN-backed government in Libya faced a major blow as lawmakers in the internationally-recognized parliament rejected the cabinet and gave a nine-member presidential council headed by Sarraj a "final chance" to propose new ministers.

Libya’s unity government was the result of months of efforts by the United Nations to reconcile warring sides of the conflict in Libya.  The two sides, the internationally-recognized government based in Tobruk in east and a militant-backed authority in the capital Tripoli in west, reached a peace deal and an agreement on setting up the unity government in December last year.

Libya has been scene of increasing violence since 2011, when Colonel Muammar Gadhafi was toppled from power.  His ouster created a huge power vacuum in Libya and gave leeway to numerous militant groups.