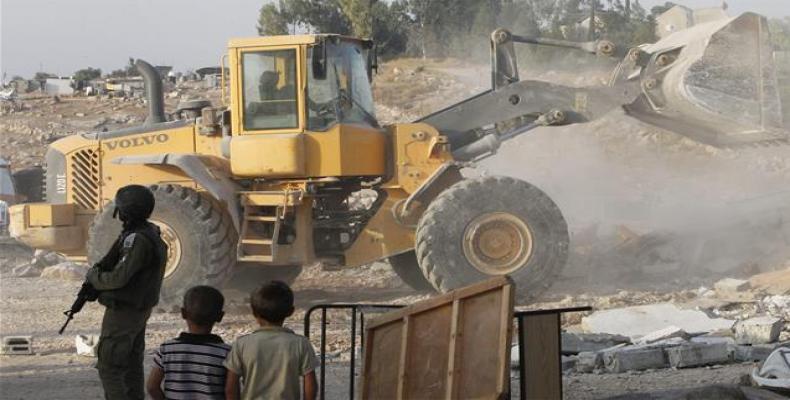 United Nations, August 30 (RHC)-- Israel continues to ignore international calls to halt its illegal settlement activities and demolishing Palestinian homes in the West Bank, according to a United Nations envoy.

A recent report by the Quartet on the Middle East -- comprised of the UN, the U.S., Russia, and the European Union -- called on the Israeli regime to halt its illegal settlement activities in the occupied Palestinian territories, saying the settlement expansion, the demolition of Palestinian homes, and the expropriation of land were “steadily eroding the viability” of a solution to their conflict.

"Its recommendations continue to be ignored, including by a surge in Israeli settlement-related announcements and continuing demolitions,” said Nickolay Mladenov, the UN coordinator for the so-called Middle East peace process, while addressing the UN Security Council.

He stressed that since two months ago when the report was released, Tel Aviv has actually increased its settlement activities, including the advancement of over 1,000 more units in occupied East Jerusalem and 735 units in the West Bank.

The UN envoy also noted that Israel has carried out a land survey on the outskirts of Bethlehem aimed at establishing new settlements.