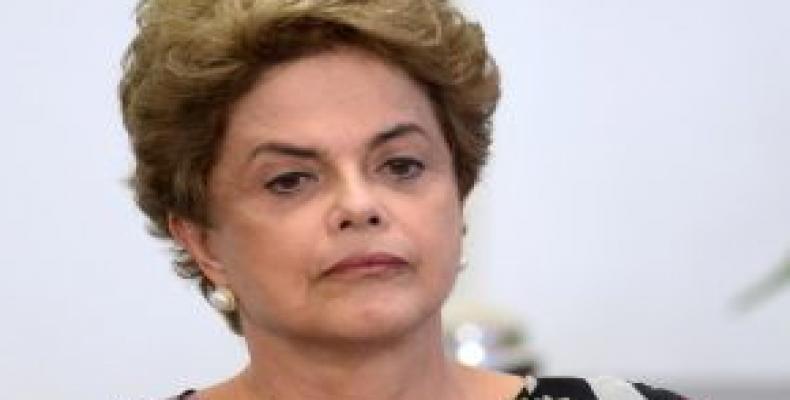 Brasilia, August 31 (RHC-teleSUR)-- The fate of Brazilian democracy was decided Wednesday as the country's Senate voted 61 to 20 to impeach suspended President Dilma Rousseff after a trial that many international critics have described as a farce and a parliamentary coup.

There were were no abstentions among the 81 Senators, who easily passed the two-thirds majority threshold of 54 votes to confirm the impeachment.

Shortly after the vote, teleSUR launched the headline: "Final Curtain Falls on Brazil Impeachment Farce."  The news story led with: "Brazil's right wing finally achieved what it couldn't win for years at the ballot box, ending 13 years of left-wing governance."

In the immediate lead-up to the vote, Supreme Court chief Ricardo Lewandowski ruled to separate the vote on whether or not to impeach Rousseffl from a vote on whether to suspend her "political rights" for the next eight years, which would bar her from running for any public office.  Lewandowski announced the decision after Rousseff's Workers Party requested the votes be split in two. The decision sparked a heated debating, further delaying the final vote.

Dilma Rousseff had been suspended from office since May.  Her allies both nationally and internationally point out that many of the lawmakers who have plotted the coup are implicated in corruption cases far more serious than that of what she is falsely accused.