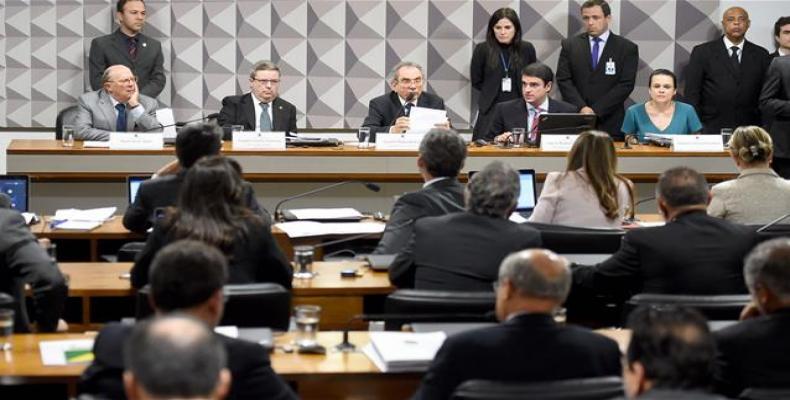 Brasilia, June 28 (RHC)-- A report prepared by analysts in the Brazilian Senate says there is no evidence that suspended President Dilma Rousseff participated in fiscal wrongdoing, one of the causes that led to the opening of the impeachment process against her.

The Senate Impeachment Commission has 72 hours to analyze this report, and beginning on July 5 they can interview the analysts. The vote to determine whether the impeachment will be confirmed is scheduled to be held on August 9th.

TeleSUR's correspondent in Brazil, Ignacio Lemus, said the report indicates that Rousseff did not directly participate in a scheme to manipulate the budget.  According to Lemus, the analysts found that no direct actions were taken by Rousseff to delay payments to public banks by the Brazilian National Treasury.

The report states there are no reasons to continue the impeachment process because Rousseff had no direct participation, and according to the constitution the individual accused must bear direct responsibility.