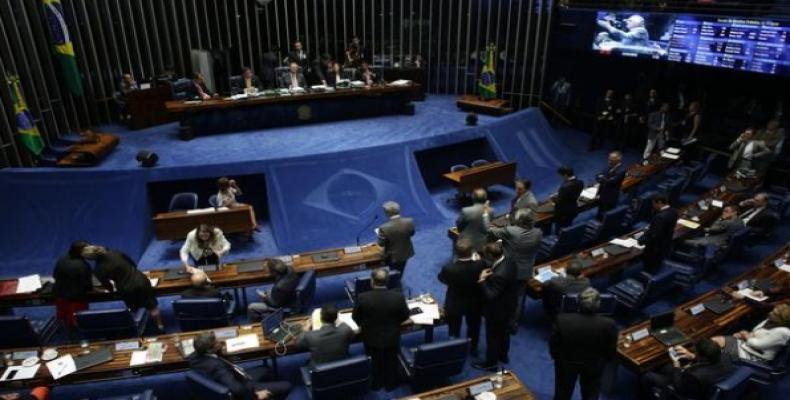 Brasilia, May 12 (RHC)-- Brazil's Senate has voted 55 to 22 to put President Dilma Rousseff on trial, which could lead to her impeachment.

The marathon session lasted into the early morning hours on Thursday and was met with protests in support of the president and against what many call a coup.  Dilma Rousseff maintains that she has committed no crime and that the attempts to oust her are therefore political.

The head of state will now be suspended from office for a maximum of 180 days, leaving Vice President Michel Temer as acting president during her trial.  He would remain in the post until elections in 2018 if she is found guilty.

Supporters of Dilma again held an all-night vigil and plans to take to the streets throughout Brazil.

Meanwhile, the legal grounds for impeachment were questioned by the secretary general of the Organization of American States, Luis Almagro, Tuesday.  He stated that he would seek the legal opinion of the Inter-American Human Rights Court.