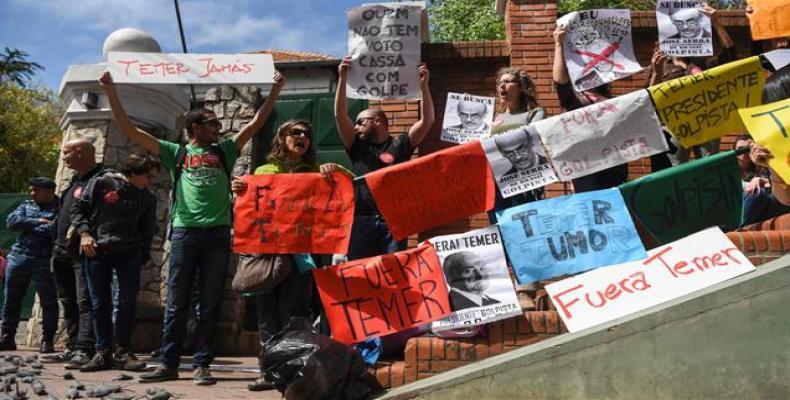 Buenos Aires, October 4 (RHC)-- Argentinians have taken to the streets in Buenos Aires to protest their government's support for new Brazilian President Michel Temer and voice solidarity with his predecessor Dilma Rousseff.

Protesters convened at the main square in the center of the capital on Monday, holding signs which read: “Never Temer.  Temer out!” as the Brazilian president arrived for an official visit.

They also denounced a decision by the administration of Argentinean President Mauricio Macri to accept Temer’s government as legitimate.

Macri welcomed Temer who arrived for his first official visit to Argentina since taking office on August 31st.  Temer replaced Dilma Rousseff after the upper chamber of parliament voted to suspend her and began an impeachment trial against her in May that led to her ouster.