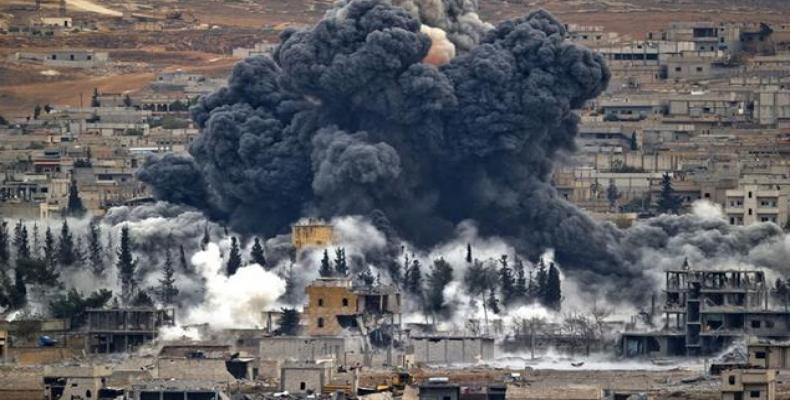 Washington, September 14 (RHC)-- The Pentagon said Tuesday it launched various strikes on Daesh in Syria over the past several days, including hits on some targets that "may have resulted in civilian casualties."

The military's Central Command (CENTCOM) said in a statement on Tuesday that it launched multiple attacks against Daesh (ISIL) terrorists in Syria during last week.  It said U.S. warplanes may have targeted civilians in their strikes near the cities of Raqqah, Dayr al-Zawr, and Shaddadah.

In the September 10 airstrike "near Raqqah, Syria, a strike against an ISIL target may have resulted in the death of civilians near where the strike occurred," CENTCOM said.

On September 7, a strike near Dayr al-Zawr struck a civilian vehicle that drove into the target area after the weapon was fired from the jet.  CENTCOM added that a similar incident also happened near Shaddadah where a strike against ISIL hit a non-military vehicle.  The CENTCOM statement did not give the number of dead or injured.

The U.S.-led coalition has done little to stop Daesh's advances in Syria and Iraq. Some analysts have criticized the U.S.-led military campaign, saying the strikes are only meant to benefit US weapons manufacturers.