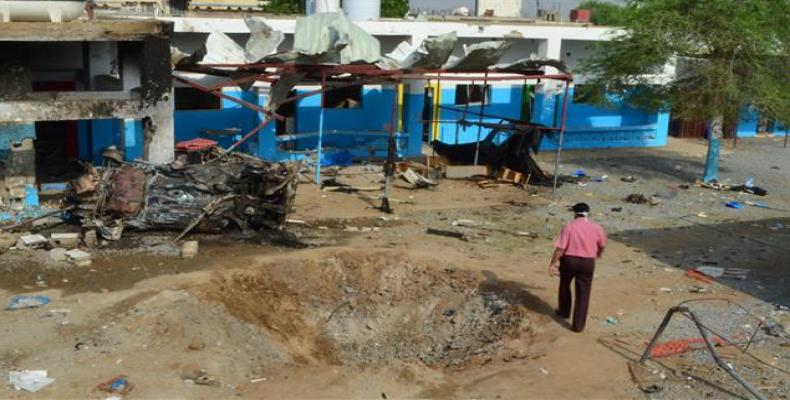 Sanaa, September 20 (RHC)-- Amnesty International says a U.S.-made bomb was used in an attack on a Doctors Without Borders hospital in Yemen last month.  The August 15 airstrikes by a Saudi-led coalition killed 11 and injured 19 others.

The human rights group on Monday distributed photos it says show a U.S.-made precision-guided Paveway-series aerial bomb.  The United Nations says at least 10,000 civilians have died or been wounded in the 18-month conflict.

The United States continues to support and supply Saudi Arabia with weapons, including banned cluster bombs.

The activists are supporting legislation by U.S. Senators Chris Murphy, Mike Lee, Al Franken and Rand Paul, which would block the U.S. from supplying the kingdom with more than a billion dollars’ worth of tanks and other military hardware.