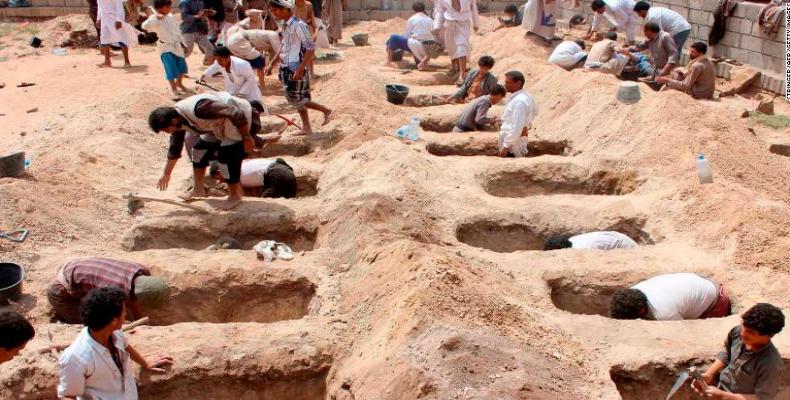 Sanaa, August 21 (RHC)-- Reports from Yemen say that the U.S.-made bomb that killed 40 children when it struck their school bus in Yemen’s northern city of Saada was similar to other bombs that hit civilian targets.

According to news agencies in the Middle East, the laser-guided MK 82, is similar to U.S.-manufactured bombs that struck a Yemeni market, killing 97 people, and a funeral home in Sanaa, killing 155 people, in 2016.

Following the funeral home massacre, the Barack Obama administration banned the sale of precision-guided military technology to Saudi Arabia.  However, the Donald Trump administration overturned the ban last year, renewing sales of the weapon made by Lockheed Martin.