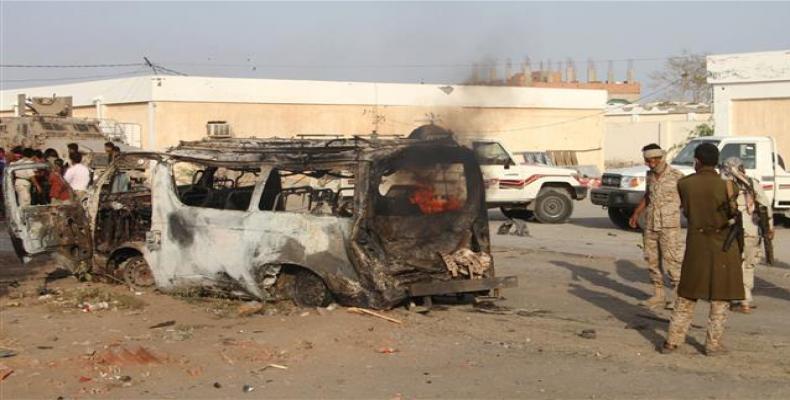 Sanaa, August 16 (RHC)-- At least 12 civilians have been killed and many others have sustained injuries in southern Yemen after a roadside bomb went off under a vehicle, local sources say.

The deadly incident occurred in a crowded market in the Qa'atabah district of the southwestern province of Dali, Yemen's Arabic-language al-Masirah television network reported, citing local sources, adding that the death toll of could be increased due to the magnitude of the explosion.

Furthermore, a security official, speaking on condition of anonymity, said that the explosive device had been planted there to target a military vehicle but instead it hit the victims’ vehicle.

It was not immediately clear whether all the casualties were all in the ill-fated vehicle or the huge blast hit a number of pedestrians as well.

No group or individual has claimed responsibility for the attack, but it has the hallmark of the Al-Qaeda in the Arabian Peninsula (AQAP) Takfiri terrorist outfit, which alongside its rival, the Takfiri Daesh terrorist group, has exploited more than two years of Saudi Arabia’s war against the Yemeni nation, trying to deepen its influence in the impoverished country by launching bombings and shooting attacks.