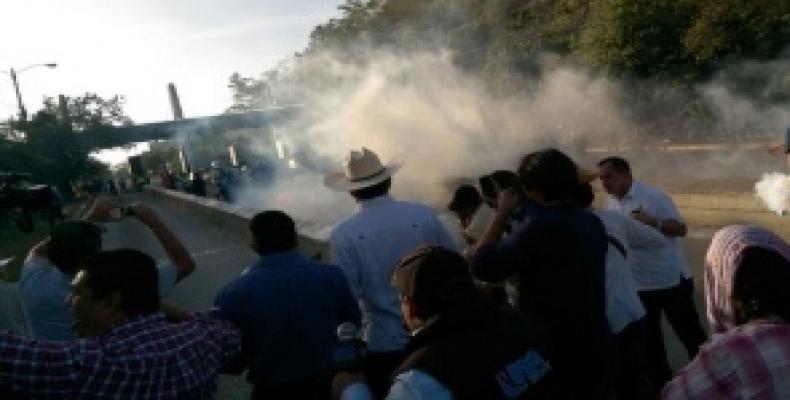 Tegucigalpa, October 4 (RHC)-- Honduran police fired tear gas at 200 people protesting a newly-erected highway toll outside of Honduras' second-largest city, San Pedro Sula.  Former President Manuel Zelaya was among those in the crowd.  This was just one of eight simultaneous protests at new highway tolls around the country.

The tolls are a public-private initiative.  The government has contracted out private companies to run the tolls, which charge drivers 20 lempiras or a little less than a dollar to pass, a hefty sum in a country where per capita income is less than $200 per-month.

The action is part of larger opposition mobilizations against the government of Juan Hernandez and his political maneuvering to run for reelection next year.  Opposition parties are demanding electoral reform ahead of next year's vote, or they vow that there will be no vote.