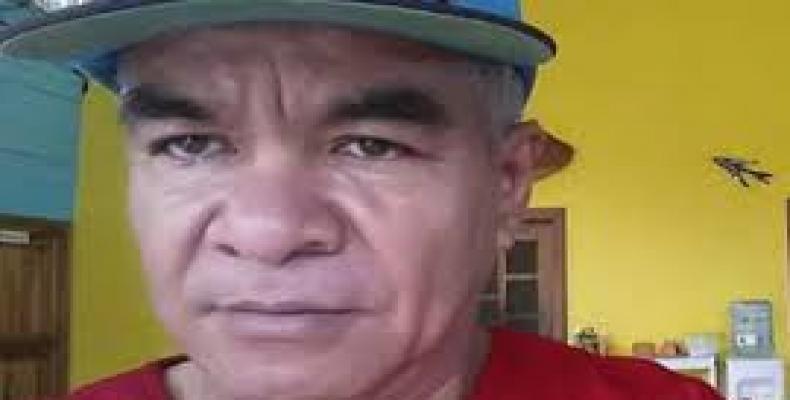 Tegucigalpa, January 11 (RHC)-- In Honduras, a school teacher and opposition activist has been murdered at home in the town of Montefresco de San Pedro Sula, province of Cortes.

Santos Alvarado Cordova, 53 years-old, was shot by two unidentified hitmen after they forced one of his sons to open the main door, reported local media.  Cordova was a member of the main opposition party LIBRE and representative of the Opposition Alliance Against the Dictatorship during the last general elections on November 26th.  He also played an active role in the protests denouncing electoral fraud in the last few weeks.

Violence and human rights violations have significantly risen in general during the term of right-wing President Juan Orlando Hernandez, who was controversially re-elected.

In 2014, leftist campesina activist Margarita Murillo was gunned down.  She protested against the right-wing government that took over Honduras after it ousted Zelaya and helped form the leftist Liberty and Refoundation party, known as LIBRE, before she was assassinated.

By 2016, Hernandez’s 3rd year in office, Honduras recorded the highest number of killings of environmental and land rights activists, most of whom were killed by state security forces or domestic corporations that back Hernandez.  An independent commission recently revealed that the Honduran military under Hernandez and Energy Development SA, known as DESA, carried out Caceres’ 2016 assassination.

Since the military and right-wing PNH took over the government in 2009, 130 rural campesinos have been killed, along with at least 215 LGBTQ activists.