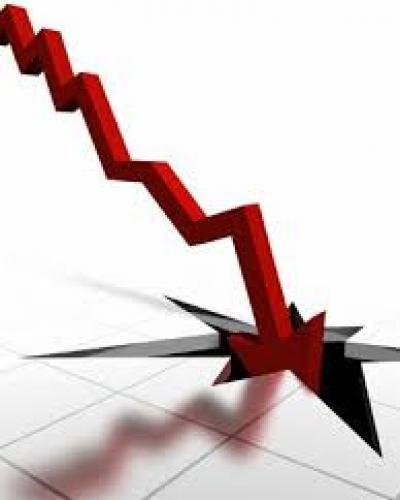 Buenos Aires, October 11 (RHC)-- Argentina recorded its worst economic contraction in seven years with a 5.9 reduction in Gross Domestic Product for the third quarter, according to official figures from the National Institute of Statistics and Censuses, or INEC.  The downturn signals the return of the neo-liberal trade and financial policies that ushered in a "lost decade" beginning with the 1989 election of Carlos Saul Menem, whose reforms effectively capsized what had been the continent's most prosperous economy for most of the 20th century.

This time around, however, it is the government of President Mauricio Macri who is leading the charge.  Macri assumed office in December, triggering an abrupt reversal in the economic policies of his predecessors, Christina Fernandez Kirchner and her husband, Nestor.

In April, the Argentinean economy shrank by 2.8 percent compared with the same period one year ago, followed by a 2.7 percent decline in May, and further slides of 4.7 percent in June and 5.9 percent in July, respectively.  Argentina's economy hasn't fared so poorly since at least July 2009, when economic activity declined by 6.8 percent at the height of the 2008 financial crash triggered by the collapse of the real estate market in the U.S.

More than 154,000 state and private sector employees have lost their jobs since January, and virtually the entirety of Macri's presidency has been roiled by nationwide protests from labor unions, educators, smallholder farmers, and Indigenous groups.

Among his most forceful opponents are small agricultural producers who say that changes to the country's tariff structure and export policies have favored the country's big commercial farms while flooding the country with cheap imports that undercut the ability of small traders to compete.

The changes included eliminating export taxes on big agribusiness corporations producing corn, wheat, and beef, and lowering taxes on soybeans, another of the country's top agricultural exports.  The slashing of export taxes wiped out one of the flagship economic policies utilized by the governments of Nestor Kirchner and Cristina Fernandez, who used the revenue to fund social programs and infrastructure projects.