Thousands Walk off the Job to Protest Layoffs in Argentina 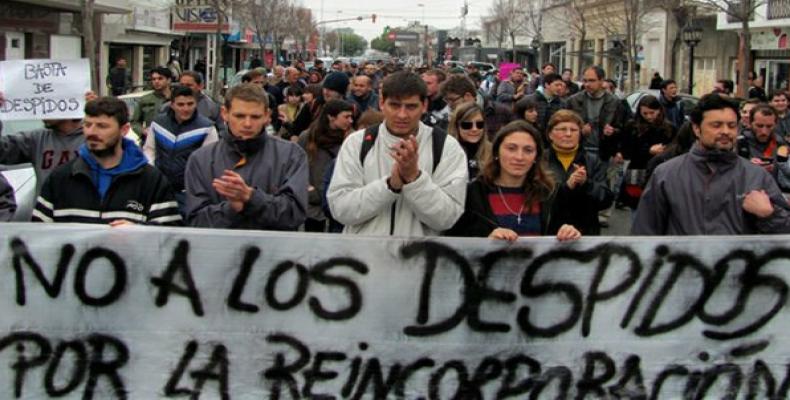 ATE leader Hugo Godoy said that Monday's action could be the beginning of "a resounding strike in all public administration," since workers of the health and education sectors are joining the protest measure.

In Buenos Aires iconic Plaza de Mayo, thousands of protesters assembled hoisting aloft banners, and chanting for more jobs, the return of former President Cristina Fernandez Kirchner, the resignation of Macri and a cessation of layoffs, among other things.

Macri's presidency, which began in December 2015, has been plagued by nationwide protests over a series of neo-liberal reforms, including mass layoffs, attacks on critical media and criminal prosecutions of political opponents. More than 154,000 state and private sector employees have lost their jobs since January.