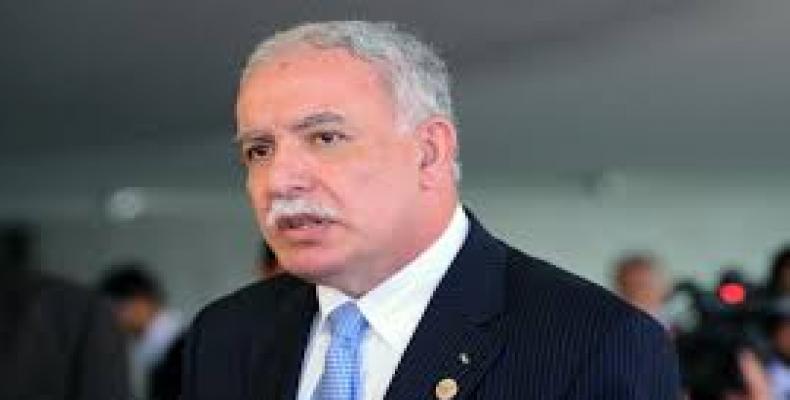 Riyad al-Maliki said: “The Palestinian side will speak strongly about the issue.  We will no longer accept international condemnatory statements since they do not concern Israel.  They rather catalyze its steps toward diminishing prospects for the establishment of the Palestinian state.”

Al-Maliki added that a draft resolution against the illegal Israeli settlements in the occupied Palestinian territories would be submitted during the meetings, scheduled for October 15 and October 24, after “consultation with Security Council member states, including Russia, which is currently chairing the UN body.”

The Palestinian foreign minister underlined that talks on the topic have already started, adding that Palestinians together with diplomats from Egypt, Saudi Arabia, the United Arab Emirates and Bahrain are preparing the draft resolution.

Over half a million Israelis live in more than 230 illegal settlements built since the 1967 Israeli occupation of the Palestinian territories of the West Bank, including East Jerusalem.