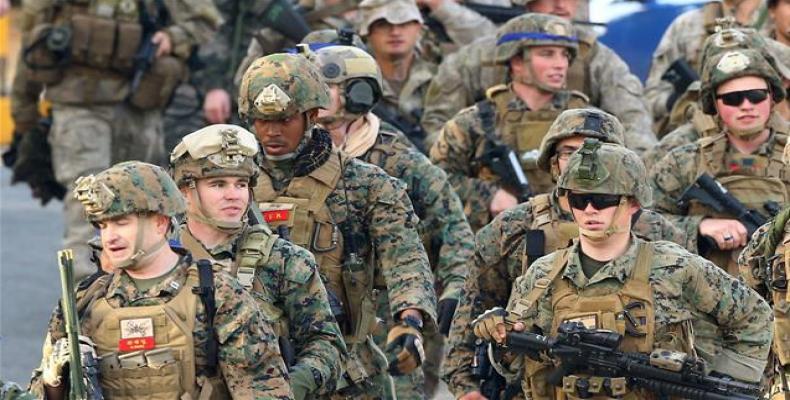 Oslo, October 12 (RHC)-- Norway says talks have begun with Washington over a “long-standing U.S. wish” to deploy marines on the Nordic country’s soil.  The Norwegian Defense Ministry said that "assessments have taken place within the military to look at the options for additional training, storage and this kind of thing."

Norway's defense ministry stressed that the troops will probably be deployed on a rotational basis and that permanent deployment is not a question.  When the plan goes through, 300 U.S. Marines will be stationed in the Vaernes military base near Trondheim, about 1,000 kilometers from the Norwegian-Russian border.

“The work is underway but the initiative has not yet been debated politically in the Ministry of Defense, so we do not have any more detailed answers at this time.  Any concrete proposals will naturally be handled by the government and parliament in the usual way," said Norwegian Defense Minister Eriksen Soreide.

The deployment will strain already tense relations with Russia, as it goes against a vow made by Norway -- while NATO was founded in 1949 -- not to allow the deployment of foreign combat forces on its soil unless the country was under the threat of attack or, according to a later amendment, for military drills.

Moscow and NATO have been at odds over an array of issues, including the crisis in eastern Ukraine and the Western military alliance’s buildup around Russia’s borders.