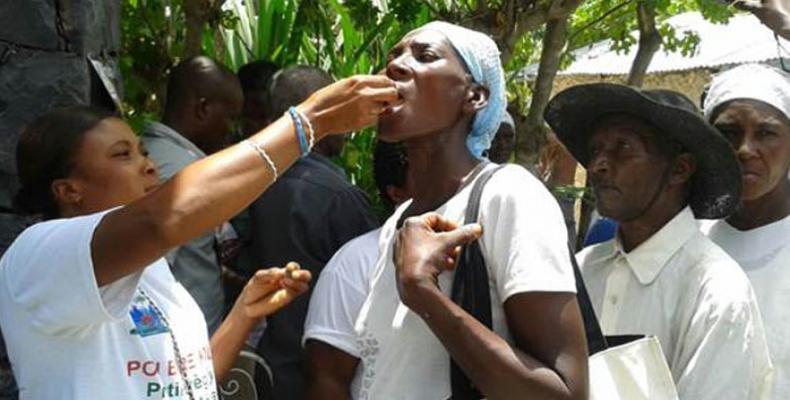 Port-au-Prince, November 21 (RHC)-- With the United Nations recently admitting its peacekeepers were likely responsible for the devastating outbreak of cholera in Haiti following the 2010 earthquake that ravaged the island, the organization has announced it will donate $400 million to Haiti for its fight against the deadly disease.

Around 800,000 people have been affected by cholera since 2010, of which more than 9,000 have died, according to the World Health Organization, the WHO.  For years, the United Nations denied that its troops were the source of the outbreak but in August it accepted its "moral responsibility."

Then in October, the devastation left by Hurricane Matthew killed 1,000 people, wiped out crops and revived cholera outbreaks in the hard-hit southwestern region.  It left up to 1.4 million people in need of humanitarian relief.  According to the U.N., at least $200 million from the $400 million donation will be used to fight the epidemic while the rest will be used to help affected families.

"We see this as a very important sign of solidarity with those directly affected by cholera," U.N. Deputy Secretary-General Jan Eliasson said in a telephone interview with NPR.

Along with the recent earthquake, Haiti has also been rocked by a political crisis over the past year, but on Sunday Haitians finally headed to the polls after the first round of presidential elections was canceled last October amid widespread allegations of fraud.