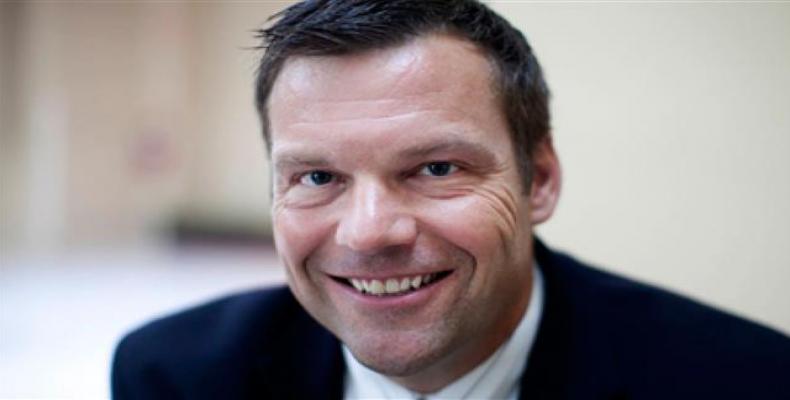 New York, November 21 (RHC)-- A member of Donald Trump’s transition team, Kansas Secretary of State Kris Kobach, says the team is moving ahead with plans to build a wall across the entire length of the U.S.-Mexico border and to reinstate a registry for immigrants from majority-Muslim countries.

Kobach is an architect of anti-immigrant and voter suppression laws.  Following 9/11, he helped design the registry for immigrants from majority-Muslim countries, known as the National Security Entry-Exit Registration System, while working in the Justice Department under George W. Bush.  The system was dropped in 2011 after years of criticism from civil rights groups.

In related news, Carl Higbie, a spokesperson for the pro-Trump Great America PAC, defended the proposed registry of Muslims by citing World War II Japanese-American internment camps and pointing out that such efforts have been undertaken in the past.

Meanwhile, The Wall Street Journal and The Washington Post have reported that Frank Gaffney has joined Trump’s transition team.  Gaffney is a well-known anti-Muslim extremist whose group, the Center for Security Policy, has been labeled a hate group by the Southern Poverty Law Center.