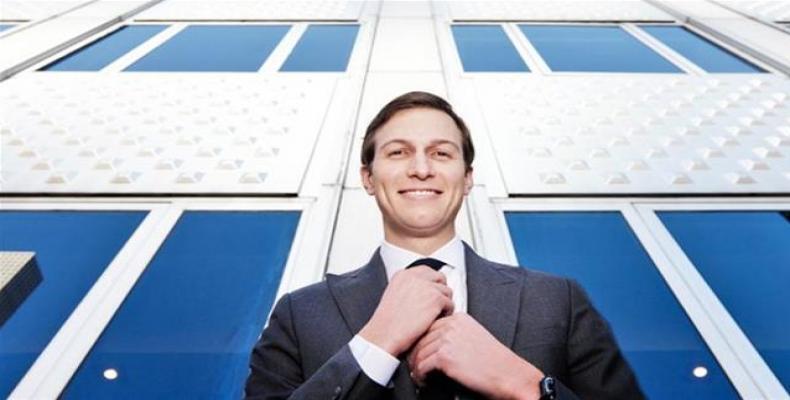 An official with the president-elect's transition team also confirmed to NBC News that the 35-year-old is supposed to be named as senior advisor.  The principal owner of the real estate holding and development company, Kushner Companies, has reportedly been engaged in a real estate deal with a company close to China.

He has hired law firm WilmerHale to make sure he could keep up with his business as he also works in the United States future administration.  Since his victory on November 8, Trump has insisted that Kushner should be present during daily presidential briefings, despite not having the necessary security clearances.

Earlier, the presence of Kushner and his wife at a meeting of Trump with Japanese Prime Minister Shinzo Abe drew criticism from political experts as they both lack the security clearance needed to attend a meeting with a world official.

His appointment could potentially violate the 1967 anti-nepotism law, which bans federal authorities from giving government positions to civilian relatives in agencies under their control.

Kushner was raised in an Orthodox Jewish family in New Jersey and studied as an honors student in a private yeshiva high school in 1999.  According to Tampa-based investigative journalist Wayne Madsen, Ivanka's husband "has very close links with the Likud party of Israel."

Ivanka is the elder daughter of the future president and a mother of three, who runs her own women's fashion line, apart from working for the Trump Organization.

The 35-year-old was once brought to media attention over her father's offensive remarks about her on a radio show.  Trump said that his daughter was so sexually attractive that he would date her himself if he weren't her father.